After months of tight-lipped responses, the Federal Bureau of Investigation has given a detailed explanation for why it cut off contact last year with the national leadership of a prominent Muslim advocacy group. 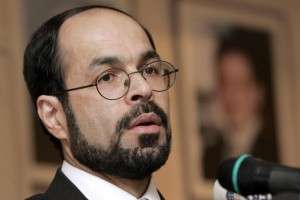 In letters to several Senate Judiciary Committee members, Richard Powers, assistant director of the bureau’s office of congressional affairs, said the FBI ended contacts with the national leadership of the Council on American-Islamic Relations (CAIR) because evidence in a major terrorism support prosecution in Texas showed CAIR had ties to Hamas.

Identical letters were sent to Sens. Jon Kyl (R-Ariz.), Tom Coburn (R-Okla.) and Chuck Schumer (D-N.Y.), who had inquired earlier about the cut-off, which I first reported in January for the Investigative Project on Terrorism. Read a copy of Powers’ letter to Kyl here.

“The FBI’s decision to suspend formal contacts was not intended to reflect a wholesale judgment of the organization and its entire membership,” Powers wrote. “Nevertheless, until we can resolve whether there continues to be a connection between CAIR or its executives and Hamas, the FBI does not view CAIR to be an appropriate liaison partner.”

The government last fall won convictions on all counts against former officers of an Islamic charity, the Holy Land Foundation for Relief and Development, for providing support and fundraising to Hamas. Hamas was designated a foreign terrorist organization in 1997 during the Clinton administration because of its campaign of suicide bombings against Israel. Evidence in the Holy Land trial implicated CAIR chairman emeritus Omar Ahmad and CAIR executive director Nihad Awad as participants in a Hamas support group. Ahmad was named an unindicted co-conspirator in the case. The NEFA Foundation has all the documents here.

In a bit of damage control, CAIR announced today that Ahmad is retiring from the group he helped found 15 years ago.

The CAIR issue has been a sticky wicket for the FBI. After the 9/11 attacks, the Bureau forged close ties with CAIR and other Muslim groups, in large part to show it wasn’t stigmatizing Muslim Americans. CAIR touted its frequent meetings with FBI brass as evidence of its good standing with the U.S. government. The FBI stuck with CAIR for years, despite heaps of criticism. But because that criticism came mostly from right-wing and pro-Israel sources, it was easy to dismiss.

Eventually, though, the Bureau’s position became untenable. The USG had staked a huge amount of credibility on its successful prosecution of the Holy Land Foundation. It was under pressure after losing several terrorism support cases, and its first crack at Holy Land in 2007 ended in a mistrial. Justice Department prosecutors regrouped and mounted a new trial in 2008. Evidence gathered by the Bureau’s own agents showed a close connection between the two CAIR executives and Hamas-support efforts. Last fall, the government won convictions in the Holy Land case on all counts. 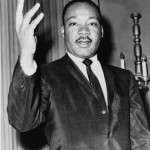 Since I reported the CAIR cut-off in January, CAIR has been leading an assault on the FBI, with the usual bunch of uninformed reporters singing the chorus. The allegations now are that the FBI betrayed its working relationship with Muslim groups to infiltrate mosques. See the LA Times story here, the St. Louis Post-Dispatch story here, and the Detroit News story here. It’s easy to believe the worst about the FBI, given its Hoover-era history. But in this case, the Bureau has bent over backwards to be fair. But it’s stopped bending - and rightly so. I’m not Jewish. I don’t have dog in the Palestinian-Israeli conflict. I just don’t believe it’s ever — ever - right to blow up kids and mothers and other civilians waiting for buses or eating at cafes to achieve your political goals, no matter what.

As Martin Luther King Jr. taught us - himself a victim of the Hoover-era FBI — two wrongs definitely do not make a right. I doubt Barack Obama would be president of the United States today if MLK hadn’t followed Gandhi’s non-violent resistance philosophy. Thank you, MLK. Our democracy remains deeply indebted to your wisdom and courage.