Former federal prosecutor and tax-fraud expert Michel Nicrosi is out of the running for the U.S. Attorney position in the Middle District of Alabama, in part because she was opposed by Sen. Jeff Sessions (R-Ala.), say people with knowledge of the situation. 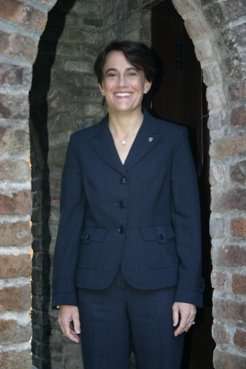 Nicrosi, a lawyer now in private practice in Mobile who successfully defended a top aide to former Gov. Don Siegelman (D) against racketeering charges, was the first choice of a selection committee formed by Rep. Artur Davis, the state’s senior congressional Democrat. Van Heest was Davis’s second choice for the job. Read Davis’s January news release about his recommendations here.

Davis is in charge of making judicial and U.S. Attorney recommendations to the White House because Alabama’s two senators - Sessions and Richard Shelby — are both Republicans.  What’s interesting is how much political weight in this process the White House apparently is giving the GOP senators over Davis, an African-American who was an early supporter of Barack Obama’s presidential campaign in heavily Republican Alabama.

The conservative Sessions was U.S. Attorney in the Southern District from 1981 to 1993 and is said to remain keenly interested in matters down in Mobile. And now, of course, he wields particular influence with the White House because as the top Republican on the Senate Judiciary Committee, he has the power to rough up or even block President Obama’s judicial selections. Moreover, it’s not a time when the White House wants to cross Sessions, with Supreme Court nominee Sonia Sotomayor’s confirmation hearings set to begin July 13.

And, unfortunately for Nicrosi, there is some bad blood between her and a good friend and protege of Sessions named Richard Moore, say people familiar with the Southern District.

In the 1990s, Clinton-appointed U.S. Attorney Don Foster in the Southern District of Alabama chose Nicrosi over Moore to head the office’s criminal division. Moore was a prosecutor in the office who’d been hired by Sessions. Then as criminal division chief, Nicrosi required prosecutors to create standard plea bargain language and write prosecution memos - professional practices that the office had neglected, say people familiar with the Southern District. The extra work load didn’t sit well with some veterans in the office, the people say.

A spokesman for Sessions, Stephen Miller, said he wasn’t able at this time to gather enough information to comment about Nicrosi or what role Sessions is playing in the U.S. Attorney selection process in Alabama. The senator and his staff have been consumed by preparations for the Sotomayor hearing, Miller said. A spokeswoman for the Justice Department, Melissa Schwartz, said the administration’s policy is not to comment on internal deliberations regarding U.S. Attorney selections. A spokesman for Rep. Davis also declined to comment.

As for Moore, he went on in 2003 to be named Inspector General of the Tennessee Valley Authority, thanks to a recommendation from Sessions. In a sign of the high esteem Sessions holds for Moore, the senator appeared in person at Moore’s 2003 confirmation hearing before the Senate Environment and Public Works Committee.

In testimony that can be read here, Sessions called Moore his “good friend” and said:

“Richard Moore, I think, is one of America’s finest public servants. … He is a churchman, and a man of integrity and ability. … He has a wonderful wife, Elizabeth Ann. I am proud of them… I thank you, Mr. Chairman, for giving me the opportunity to say something about my good friend, Richard Moore. He is the kind of person that you would be proud to have in your home for supper with your family and the kind of person all of us are proud to see in public service.

Moore added in his own statement to the committee: “I would also like to thank Senator Sessions for his kind remarks this morning and for his sponsoring my nomination for this position.”

Nicrosi, now in private practice at Jones Walker in Mobile, was a federal prosecutor for 16 years, including a turn at Main Justice as a trial attorney in the Tax Division. In 2006, she successfully defended the former chief of staff to Gov. Siegelman, Paul Michael Hamrick, who was acquitted after a nine-week trial on charges of racketeering, mail fraud and obstruction of justice. Read her bio here.

But opposition from the Sessions camp wasn’t the only issue that doomed Nicrosi for the Middle District job, say people familiar with the situation. The hard-charging ex-prosecutor also rubbed some luminaries in Alabama’s close-knit legal community the wrong way by speaking out forcefully against a Bush-appointed U.S. Attorney embroiled in a sex scandal. The U.S. Attorney, David York, resigned his leadership of Alabama’s Southern District in 2005 amid allegations of an improper relationship with an assistant U.S. Attorney under his supervision.

There’s more. A state Democratic patronage committee had recommended the daughter of a major Democratic donor who is close to Sen. Richard Shelby (R-Ala) for the job. Shelby, a former Democrat and trial lawyer, is said to be close to Larry Morris, father of Anna Clark Morris, an assistant U.S. Attorney in Montgomery. A spokesman for Shelby didn’t return a phone call seeking comment.

Upshot: Nicrosi appears to have been done in by some combination of Shelby promoting his friend’s daughter for the job, the Sessions camp opposing Nicrosi, and lingering bad feelings in the Alabama judicial community about Nicrosi’s outspokenness against ex-U.S. Attorney York’s improper relationship with the AUSA.

An earlier version of this post was published on June 10.