The Obama administration is still unsure of what to do with the group of Guantanamo Bay detainees accused of involvement in the September 11 attacks. But government lawyers today said today they’d prefer to prosecute terrorism suspects in civilian courts. 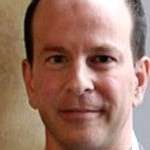 Carol Rosenberg, of the The Miami Herald, has this piece on today’s Senate Armed Services Committee hearing, which featured a panel of government lawyers, including David Kris, chief of the Justice Department’s National Security Division. (Click here for his prepared testimony.)  The hearing was held to determine how to amend the Military Commissions Act to make it “Supreme Court proof,” as Rosenberg put it. Chairman Carl Levin (D-Mich.) said the full Senate would take up the legislation next week.

The lawyers told the committee that the Obama administration is still reviewing the constitutional impact of shifting military trials to U.S. soil.

”Military commissions should be a viable, ready alternative for national security reasons for those who violate the laws of war,” Pentagon General Counsel Jeh Johnson said. But, “it is the administration view that when you direct violence on innocent civilians in the continental United States, it may be appropriate that that person be brought to justice in a civilian public forum in the continental United States.”

Kris said military and civilian prosecutors were analysing the proposed commissions prosecutions on a case-by-case basis to see which venue was the best fit.

Johnson, resurrecting a Bush-era policy, said a Guantanamo detainee could be acquitted of a crime by a jury but still be held indefinitely “provided they continue to be a security threat.” He put it on federal judges weighing habeas corpus petitions in the U.S. District Court for the District of Columbia  to decide whether the government could defend indefinite detention, regardless of whether the captives were found innocent of a crime.

Last week, The Wall Street Journal reported that a DOJ task force considering ways to try prisoners by military commission asked the Office of Legal Counsel which constitutional rights, if any, would apply if the trials were held in the U.S.

David Barron, the acting assistant attorney general, wrote in a May 4 memorandum that there is a “serious risk” that federal courts would take a constitutional due process approach when evaluating the trials. While the courts were unlikely to require strict adherence to the Bill of Rights, Barron wrote, they would likely consider the use of coerced statements to punish defendants a violation of due process.