The US Commission on Civil Rights (USCCR) is scheduled to vote this morning on the nomination of former voting section lawyer Hans Von Spakovsky to the State Advisory Committee for Virginia, reports TPMMuckraker.

The advisory committee is tasked with, as its name implies, advising the commission, which among other things, investigates complaints alleging that citizens are being deprived of their right to vote. 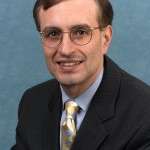 Spakovsky was actually hired by the commission last August as a consultant and temporary full-time employee at the behest of Commissioner Todd Gaziano.  Gaziano told TPMMuckraker that he was also one of the people who recommended Spakovsky for the volunteer position with the advisory committee.  Gaziano is the Director of the Heritage Foundation’s Center for Legal and Judicial Studies and has served in the Justice Department’s Office of Legal Counsel.

Spakovsky, you may recall, was a sidekick to the controversial former head of the Civil Rights Division, Bradley Schlozman, who caused an uproar with his partisan hiring practices. President Bush gave Spakovsky a recess appointment to the Federal Election Commission, but once the recess appointment expired, the Senate refused to confirm him.  As a matter of fact, it was then-Sen. Barack Obama and Sen. Russ Feingold (D-Wis.) that put a hold on his Senate confirmation proceeding, prompting Gaziano to call Obama’s opposition “nothing more than fear-mongering with potential liberal voters.”

Career Voting Section lawyers led by Joseph Rich, section chief from 1999 to 2005, wrote to Senate Rules Committee chair Dianne Feinstein (D-Calif.) and ranking member Sen. Robert Bennett (R-Utah) alleging that Spakovsky “played a major role in the implementation of practices which injected partisan political factors into decision-making on enforcement matters and into the hiring process, and included repeated efforts to intimidate career staff.”  You can find the letter here.