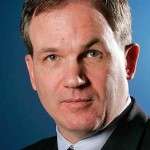 In his new role, Fitzgerald will be the lead voice for the U.S. attorney community. It’s the latest high-profile assignment for America’s prosecutor, who has been busy overseeing the prosecution of Illinois Gov. Rod Blagojevich (D), bringing down mortgage fraudsters, and fighting with journalists.

H. Marshall Jarrett, director of the Executive Office for U.S. Attorneys, made the announcement earlier this month in a memo to the nation’s 93 U.S. attorneys.

The committee, which represents the views of the nation’s top prosecutors and molds law enforcement policy, has dwindled in size as Bush-era appointees have headed for the exit. Fitzgerald replaces Karin Immergut, the former U.S. attorney in Oregon, who stepped down as chairwoman this month to become a state judge. (Fun facts: Fitzgerald and Immergut share the same birthdate — December 22, 2021 — are both from Brooklyn, and attended Amherst College together.)

Fitzgerald’s assignment is significant. It means the U.S. attorney community now has a chief ambassador with some staying power. Sen. Dick Durbin (D-Ill.) recommended Fitzgerald for another term, an overture that was well-received by Attorney General Eric Holder.

Holder’s Justice Department has been working with a group of outgoing Bush-era U.S. attorneys, except for Fitzgerald, who was appointed to AGAC last year, and possibly Jim Letten, the U.S. Attorney for the Eastern District of Louisiana. (Sen. Mary Landrieu (D-La.) has said she wants Letten to stay on the job. He serves on the AGAC subcommittees on national security, environmental crimes and violent crimes.) The AGAC meetings have been constructive, Justice officials say, but it stands to reason that Holder would prefer a committee of Obama appointees, vetted and interviewed by his department, to help him put policy in motion.

Fitzgerald will be keeping the seat warm for B. Todd Jones, who, as we reported here, is slated to chair the committee if confirmed. Jones, the nominee for the U.S. attorney for the District of Minnesota, has broad support and could see a vote on his nomination in the full Senate before the August recess. Jones is currently a partner at  Robins, Kaplan, Miller & Ciresi in Minneapolis.

The AGAC, at full strength, comprises 17 members whose terms last about three years.  The terms are staggered, and new members are generally appointed each year. The committee meets regularly with the attorney general, the deputy attorney general and staff.