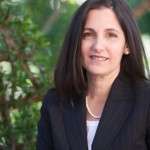 Vance is special for several reasons. One, she is widely admired in the Alabama legal community. Two, she is the daughter-in-law of the late Robert Smith Vance of the U.S. Court of Appeals for the 11th Circuit, who was murdered in 1989 after he opened a mail-bomb package mailed to his home by a man who also targeted the NAACP.

Three, as an Assistant U.S. Attorney and head of the appellate section in the Birmingham-based office, Vance suffered for years under the tumultuous reign of Alice Martin, the recently resigned Bush-appointed prosecutor criticized by the Left for trying to go after ex-Gov. Don Siegelman (D). Martin tried to sideline her perceived rival by shuffling the aggressive prosecutor off into the appellate section, and move that backfired. (For more background, click here to read our previous report, “Martin: I Was Not Pushed Out.”)

Oh, and don’t forget: Holder’s late sister-in-law, Vivian Malone Jones, was one of two of the first African Americans to enroll at the University of Alabama in 1963, only to be blocked by then-Alabama Gov. George Wallace. And for good measure, we’ll recall how Vance came back from her U.S. Attorney interview in Washington carrying two framed portraits of Holder and President Barack Obama, after Martin didn’t immediately hang their portraits in the office. (Martin told us in an interview she’d sent the portraits out to be framed, and that she intended to hang them as soon as they were returned).

Will Holder be present at the ceremonies for the other U.S. Attorneys confirmed with Vance last Friday? They include Tristram Coffin (Vermont), Preet Bharara (Southern District of New York), B. Todd Jones (Minnesota) and John Kacavas (New Hampshire)?

A Justice Department spokesperson did not immediately respond to requests for comment.

Vance will be sworn in Aug. 27 at the Robert S. Vance Federal Building, named after her father-in-law and the former federal judge, according to the newspaper. She has been the interim U.S. Attorney for the office since June 19, when Martin resigned.

DOJ spokesperson Hannah August said Holder’s upcoming visit to the Northern District of Alabama is part of an ongoing effort by the Attorney General to personally reach out to the 94 U.S. Attorneys’ offices.

“The Attorney General is making it a priority to visit U.S. Attorneys’ offices around the country to personally meet with prosecutors and other staff to hear firsthand about the cases they’re working on, the issues they face, and ways in which he can help them do their jobs,” August wrote in an e-mail. “The visit to the Northern District of Alabama was made to coincide with U.S. Attorney Vance’s swearing-in.”