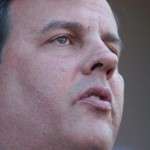 The U.S. Office of Special Counsel announced Wednesday it will not investigate Republican gubernatorial candidate Chris Christie’s conversations with Karl Rove, The Star-Ledger of New Jersey reported. Democrats had said the conversations, revealed by the House Judiciary Committee last month, were evidence that Christie’s term as the state’s U.S. Attorney had been tainted by politics.

Rove told the panel he’d spoken with Christie “twice in the last couple of years” about his political aspirations. The revelation caused a stir, because Christie at the time was the state’s U.S. Attorney. And the former White House deputy chief of staff is under congressional and DOJ investigation for his alleged role in politicizing federal prosecuting offices. New Jersey Gov. Jon Corzine (D) has attacked Christie for his contact with Rove. Under the Hatch Act, federal employees are barred from using their government offices to conduct political activities. The OSC investigaties Hatch Act violations.

Melanie Sloan, executive director of liberal-leaning Citizens for Ethics and Responsibility in Washington, had asked OSC to look into the matter. It would “send a message,” Sloan told PolitickerNJ last month.

The OSC said it had no authority to discipline Christie, The Associated Press reported. Main Justice spoke with Erica Hamrick, deputy chief of the Hatch Act Unit in the Office of Special Counsel, who said OSC only has power to recommend the president take action against a federal employee, if OSC finds a violation of the Hatch Act. But Christie is no longer a federal employee. So the matter lies.