By now, it’s crystal clear that U.S. Attorney nominees Jenny Durkan (Western District of Washington) and Paul Fishman (New Jersey) have hit roadblocks. But Senate Republicans have declined to say what the problem is. 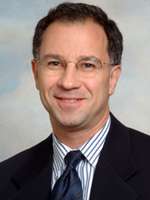 Durkan and Fishman were in the first batch of nominees announced by the White House in May. Their names were formally sent to the Senate on June 4. Since then, the Senate has confirmed 11 of President Obama’s U.S. Attorneys, while Durkan and Fishman are still sitting in the political refrigerator, starting to smell a little bad.

After a long delay, Durkan and Fishman were finally slated for a committee vote today. But the ranking member, Sen. Jeff Sessions (R-Ala.), invoked his right under the panel’s rules to delay their consideration for another week. “We try to move U.S. Attorneys as quickly as we can,” Sessions said at today’s business meeting. He gave no explanation for the delay, and Judiciary Republican staff wouldn’t explain it either, beyond indicating that more “review” of their records was needed.

Our guess: Durkan’s Democratic political ties are a problem, while Fishman is likely somehow caught up in the fierce battle over ex-New Jersey U.S. Attorney Chris Christie’s (R) bid for governor. If confirmed, Fishman would take over a major public corruption investigation called Operation Bid Rig that has become an issue in the campaign. Two mayors charged in the case were close to Christie’s opponent, Gov. Jon Corzine (D). And acting New Jersey U.S. Attorney Ralph Marra, a Christie ally, is under investigation by the Justice Department’s Office of Professional Responsibility for remarks in a news conference about the Operation Bid Rig arrests that the Corzine camp complained were partisan.

Reluctantly, we also have to ask: Is the conservative Sessions possibly objecting to Durkan because of her sexual orientation? Sessions has a 0% rating from the Human Rights Campaign, a gay advocacy organization.

(UPDATE 4:46 p.m: Brian Benczkowski, Judiciary minority staff director, phoned us to say it was “complete bullshit” to suggest Sessions opposed Durkan because of her sexual orientation. Benczkowski said his words were on the record. He otherwise declined to discuss the reasons for the delays).

(UPDATE  6:45 p.m.: Sessions told Main Justice in a press gaggle that he decided to ask for another week to review Durkan and Fishman because Republican members of the Senate Judiciary Committee had questions about the two nominees.

The ranking member called Fishman a “capable prosecutor” and said he doesn’t think the New Jersey governor’s race is holding up Fishman.

When asked whether Durkan’s sexual orientation or ties to Democrats was holding her up, Sessions said, “I…think that she will be up on the agenda next week and I expect she will get an up or down vote and move forward.”

Sessions said Republicans have asked before to postpone votes on nominees that come through the Senate Judiciary Committee.

“I wouldn’t read this as any attempt to block these nominations,” he said.)

Under Judiciary rules, Republicans can delay the nominees in committee only one week after they have first appeared on the agenda. Durkan and Fishman are back on the schedule next Thursday, along with U.S. Attorney nominees Deborah Gilg for Nebraska and Florence T. Nakakuni for Hawaii.

Durkan runs her own law firm in Seattle. Fishman is a partner at New York law firm Friedman, Kaplan, Seiler & Adelman. Read more about them here.