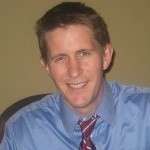 As the Senate prepares to consider the nomination of Brendan Johnson for U.S. Attorney for South Dakota, the son of Sen. Tim Johnson (D-S.D.) is pulling double duty, The Sioux Journal reported. The younger Johnson continues to practice in his private law firm in Sioux Falls while also bulking up for his expected new job. He’s been traveling across the state meeting with “different constituency groups and learning about the state,” Johnson told the newspaper.

Johnson’s nomination is pending in the Senate Judiciary Committee. “There is no timeline yet to get out of committee and onto the Senate floor,” he told the newspaper.

And the nominee can’t turn to his father for help. The senator has said he won’t’ intervene in any manner in his son’s confirmation process, The Sioux Journal reported.

If confirmed, much of  Johnson’s job will focus on tribal justice, the newspaper reported. The senior Johnson sits on the Committee on Indian Affairs.

"[M]otivated in substantial part by animus toward gay and lesbian individuals and their intimate relationships." -- Civil Rights Division attorney Christopher Hall in a brief describing a provision of the Defense of Marriage Act denying health benefits to partners.