We drove two hours to the federal courthouse in Richmond, Va., yesterday, hoping for a glimmer of sunlight in a long-running, largely secret court battle between the government and a cluster of Islamic organizations that came under investigation in a terrorism-financing probe after the Sept. 11, 2001 attacks. 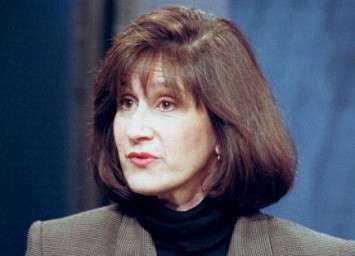 Nancy Luque has represented figures in a terrorism-financing probe that became public in 2002. (Getty Images)

It was our understanding that the 4th Circuit Court of Appeals hearings in Richmond were open to the public; after all, this New York Sun report described the proceedings from a related March 2008 hearing in detail.

To its credit, the panel — composed of Judge J. Harvie Wilkinson III, Chief Judge William B. Traxler, Jr., and Judge Margaret Seymour, who is on loan from the U.S. District Court for the Southern District of South Carolina – planned on hearing arguments in open court. The organizations would be identified as entity No.1, entity No. 2, etc., and counsel would use pronouns rather than individuals’ names.

So, imagine our surprise when the panel of judges abruptly announced that defense lawyers Nancy Luque and Steven Barentzen had asked to close the proceedings, citing the need to preserve grand jury secrecy.

We know, from the previous New York Sun report, that the issue before the 4th Circuit revolves at least in part around a civil contempt of court ruling against the now-defunct SAAR Foundation in Herndon, Va. The Sun reporter, Joe Goldstein, described in his report how he had to fight to keep that 2008 hearing open. But his success last year yielded the information that the SAAR Foundation had paid $500,000 to the government in connection with the contempt finding.

Founded by a Saudi banker to spread the harsh interpretation of Islam known as Wahhabism, the SAAR Foundation, its officers, and a network of related Islamic organizations and businesses were at the center of the aforementioned major post-9/11 terrorism financing investigation, once dubbed Operation Green Quest, news reports have said.

That probe wielded a treasure trove of public information over the years about what government investigators believe were the operations of the Muslim Brotherhood in the United States and related organizations, including Hamas. After winning several related convictions, it appears to have petered out. We’ll try to delve more into what happened to Green Quest in later reports.

But back to our story.

After taking a vote behind closed doors, the judges granted the motion from the defense attorneys. We scrawled a thoroughly inadequate objection on our legal pad and passed it to the courtroom deputy, who fed it to the judges. They took our note under advisement. When the panel reconvened, Chief Judge Traxler said the secrecy of the grand jury proceedings had won the day. We had been ejected.

There are many reasons to view the 4th Circuit’s decision to keep its proceedings secret as somewhat farcical, not the least of which is that we already know who Luque’s clients are.  She’s on the public record as an attorney for Mar-Jac Poultry, a Georgia chicken-processing plant that was under investigation in the Green Quest probe. One of the Mar-Jac officers was M. Yaqub Mirza, another of Luque’s clients. Mirza was an officer of the SAAR Foundation, and a board member of a company called Ptech. An indictment unsealed in July charged Ptech officers with making false statements on a loan application to the Small Business Administration to conceal the ownership interest of a Saudi national named Yassin Qadi, designated by the U.S. government as a financier of terrorism.

We wish we could tell you what happened in Richmond on Wednesday. Maybe another day.