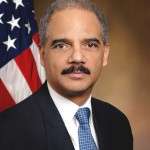 Attorney General Eric Holder’s trip to Birmingham, Ala., last month for the swearing-in of Northern District of Alabama U.S. Attorney Joyce Vance was freighted with symbolism.

Vance was taking over an office that had been in some turmoil during the tenure of her predecessor, Alice Martin, who’d been accused by Democrats of pursuing politically motivated prosecutions. (Martin has denied the allegations). Holder’s presence at Vance’s investiture was seen as a quiet rebuke of the Martin era.

Moreover, Birmingham was the scene of important civil rights battles in the 1960s. And Holder, the first African-American to lead the Justice Department, has made enforcement of anti-discrimination laws against minorities a priority, after it was downplayed during the Bush administration. Vance is the daughter-in-law of an appellate judge who was killed by a nail bomb mailed to his home by a man who’d also targeted the NAACP.

So, maybe it’s a little snarky to ask … you know …  how much it all cost. Fortunately, The Birmingham News did the deed for us. In a blog item posted earlier today, The News revealed the taxpayer’s tab for Holder’s Aug. 27 trip was $17,038.

Holder was in Birmingham from 10:45 a.m. to 4:15 p.m., The News reported. He flew on a government airplane and was accompanied by his counselor, Monty Wilkinson, and a press aide, Hannah August. An advance man, Vin Fazio, flew commercial.