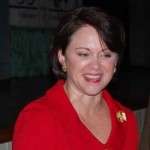 Former Northern Alabama U.S. Attorney Alice Martin, whose tenure was mired in controversy over allegations that she singled out Democrats for prosecution, has joined an executive search firm in Birmingham.

She began work as a senior partner at Wheless Associates Executive Search on Sept. 14, according to a statement issued by the firm on Wednesday.

“After eight years of recruiting talent into the public sector it is clear the significant impact attracting and retaining the right talent has on an organization,” Martin said in the statement. “I chose to join the outstanding professionals at Wheless to bring that experience to serve private sector leaders in a search process focused on yielding a competitive advantage for our clients.”

President George W. Bush appointed Martin to head the Northern District’s office in 2001.  She stepped down in June, after the second of two “courtesy calls” she said she received from officials at Justice Department headquarters in Washington informing her of the progress of her successor’s nomination.

Joyce Vance took over as interim U.S. Attorney on June 19 and was confirmed by the Senate on Aug. 7. Attorney General Eric Holder attended her swearing-in ceremony.

Martin came under scrutiny during the Bush administration for what critics called a pattern of politicized prosecutions of Democratic state legislators. Supporters say she aggressively pursued crooked politicians of all stripes. In 2002, Martin created the North Alabama Public Corruption Task Force, which tallied more than 125 corruption-related convictions during her tenure.

She also came under criticism for her role in the prosecution of military contractor Axion Corp., whose CEO was acquitted in October 2007 of violating the Arms Export Control Act. The Justice Department’s Office of Professional Responsibility is investigating the matter. (You can read Scott Horton’s piece in The American Lawyer about the Axion case here.)

Martin has denied wrongdoing in that and other cases.

Mike Wheless, CEO of Wheless Associates, expressed confidence in the former prosecutor, who has practiced law for 28 years. In her new position, Martin is ferreting out top talent for executive, senior and mid-level management roles. The Birmingham-based firm has operations in New York, Atlanta, Houston, Dallas and Naples.

“Alice Martin has the contemporary knowledge to understand how boards, senior officers and selection committees can best contend with the challenges facing today’s executive leadership,” Wheless said in the statement.

Martin (Vanderbilt, University of Mississippi Law) served on the Attorney General Advisory Committee from 2003 to 2005. Before her appointment as U.S. Attorney, she served as a state judge and a federal prosecutor in Memphis. In private practice, she specialized in medical malpractice and product liability defense.