Jury deliberations in the trial of Kevin Ring, an ex-associate of Jack Abramoff accused of corrupting public officials, were interrupted Thursday, after the jury foreman informed a federal judge that the government mistakenly provided him with a barred exhibit.

Judge Ellen Huvelle, of the U.S. District Court for the District of Columbia, declined to call a mistrial. But she summoned the jury for additional instructions. 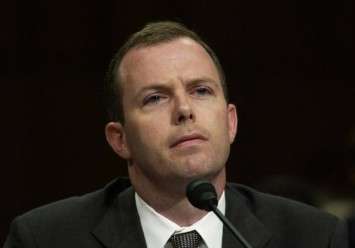 Jurors have been mulling Ring’s fate since Monday. Ring is charged with honest services wire fraud, giving illegal gratuities and conspiring to do both. Prosecutors allege Ring lavished public officials with meals and tickets to sporting events and concerts in return for advancing the interests of his clients.

The exhibit in question is a plea deal between the government and Robert Coughlin II, one of Ring’s longtime friends and a former lawyer in the Justice Department’s Office of Intergovernmental and Public Liaison. Coughlin pleaded guilty in April 2008 to a conflict of interest charge.

He admitted helping Ring secure a $16.3 million grant for a jail for one of Ring’s tribal clients in return for meals and sporting tickets. Coughlin was not in a position to award the money, but he arranged for Ring to meet with high-ranking department officials and provided him with information to bolster Ring’s arguments for funding the grant.

Prosecutors removed Coughlin from their witness list on the eve of trial. During a mock cross-examination, he told prosecutors that he was unfairly targeted for prosecution and that “the things of value Mr. Ring gave him did not influence his official actions,” according to a government letter to Ring’s lawyers.

Huvelle struck the plea agreement from the Ring trial when it was clear Coughlin would not be called to testify, but the government left the document in the jury foreman’s evidence binder. Prosecutors compiled the binders. The defense team was given the opportunity to review the binders before the jurors received them.

The foreman told Huvelle he had given the exhibit a “cursory” review. He alerted other jurors to the government’s mistake, though he did not discuss the substance of Coughlin’s plea deal with them.

After considering draft instructions from both parties, Huvelle called in the jurors and told them to disregard the exhibit. She explained that Coughlin’s plea deal was in no way evidence of Ring’s guilt and that he did not plead guilty to any of the charges Ring is facing.

Court officers are sifting through the binders for other stray documents.

Ring is represented by Miller & Chevalier’s Andrew Wise and Timothy O’Toole. The team of prosecutors includes Nathaniel Edmonds, of the Criminal Division’s Fraud Section; Michael Ferrara, of the Public Integrity Section; and Michael Leotta, Appellate Chief in the U.S. Attorney’s Office for the District of Maryland.

This original version of this post incorrectly stated that the jury was deadlocked.