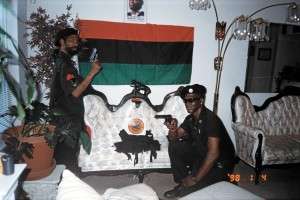 Two Republican lawmakers are pushing the Justice Department for an update on its inquiry into the conduct of Civil Rights Division attorneys who approved the dismissal of voter intimidation charges against the New Black Panther Party.

The lawmakers asked about a two-month-old Office of Professional Responsibility inquiry into the department lawyers who dismissed the complaint.

“The elapsed time should have been sufficient for OPR to determine whether the department’s attorneys improperly considered partisan politics when they decided to dismiss this case,” the lawmakers said.

The letter, which can be read in full here, asks for a response from Holder by Nov. 20.

Republicans have been critical of the Obama DOJ’s decision to dismiss charges against a member of the black separatist group, who stood outside a Philadelphia polling place last November in military-style fatigues and beret. The DOJ won an injunction against another New Black Panther, who’d carried a nightstick.

In April, acting Civil Rights Division chief Loretta King recommended dismissing most of the complaint, after the New Black Panther members and the party failed to respond. The complaint had been filed in January, in the waning days of the Bush administration. Associate Attorney General Tom Perrelli approved King’s recommendation to dismiss the complaint, The Washington Times has reported. Read the notice of dismissal here.

Assistant Attorney General for Legislative Affairs Ron Weich wrote Smith in July, saying the DOJ concluded the evidence did not support the allegation that the New Black Panther Party had directed its members to block polling places across the country. ”[F]actual contentions in the complaint did not have sufficient evidentiary support,” Weich said. The DOJ also had concerns about First Amendment issues, Weich said.

Mary Jacoby contributed to this story.