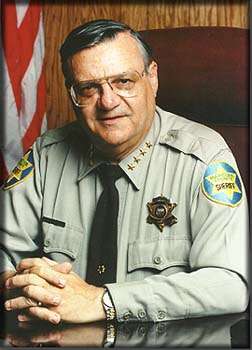 The Justice Department has set up a telephone tip-line as part of its investigation of Maricopa County, Ariz., Sheriff Joe Arpaio. As of 1:35 p.m. Wednesday, the mailbox was full.

The tip line, first reported on Tuesday by the Phoenix Business Journal, is in both English and Spanish and asks those with information about the sheriff department’s treatment of Latinos to leave their names and numbers.

Arpaio, who has gained fame as “Sheriff Joe” for his tough enforcement of immigration laws and the arrest of thousands of illegal immigrants, has been accused of unfairly targeting Latinos in his crime sweeps, traffic stops and immigration raids. Arpaio denies wrongdoing, saying his officers are simply enforcing the law. He accused Civil Rights Division attorneys investigating him as posing as reporters at a press conference in October.

Justice Department spokesman Alejandro Miyar told the Phoenix Business Journal that the tip line is part of the federal civil rights inquiry and that the department also is using 800 numbers for other investigations.

The new U.S. Attorney for the District of Arizona, Dennis Burke, who was confirmed by the Senate in September,  has said border enforcement is a top priority.