As of the end of November, more than 10 months into Obama’s presidency, the score was 24 Obama U.S. Attorneys to 21 Bush U.S. Attorneys, according to a review of Justice Department and congressional records. And of the 48 acting and interim U.S. Attorneys, just seven were appointed during the Bush administration. 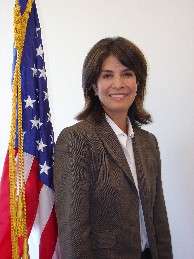 The figures represent a watershed for the Obama administration, which has made halting progress filling the nation’s 93 U.S. Attorneys positions amid political resistance and a crowded legislative agenda.

On Monday, the U.S. Attorney nominee for Colorado, Stephanie Villafuerte, pulled her name from consideration, offering a public view of one of several nomination battles unfolding in districts across the country. Villafuerte, the first Obama U.S. Attorney nominee to withdraw, faced questions from Republicans over whether she accessed a restricted federal database for political purposes.

Meanwhile, in Mississippi’s Northern District, Oxford-based criminal defense lawyer Christi McCoy’s candidacy has foundered. People in Mississippi legal circles said Republicans raised questions about her affiliation with a private investigator under investigation for allegedly padding his bills and submitting false claims. (McCoy, like many other defense lawyers in Mississippi, used the P.I. in her practice.)

McCoy was recommended for the U.S. Attorney post by Mississippi Reps. Bennie Thompson and Travis Childers, both Democrats.

And in Alabama, Montgomery criminal defense lawyer Joe Van Heest appears to be out of the running for Middle District U.S. Attorney after objections from Sen. Richard Shelby (R-Ala.), one person familiar with the situation said. Van Heest, who was recommended by Rep. Artur Davis (D-Ala.), had been fully vetted by the White House months ago. But the administration never went forward with a nomination.

The White House has shown little appetite for these and other feuds, preferring to reservoir political capital for legislative goals such as health-care reform.

Attorney General Eric Holder has said the Obama administration is treading cautiously in nominating U.S. Attorneys, in part because of lingering sensitivities to politicization in the Justice Department. In an October interview with National Public Radio, Holder said he hoped the offices would be filled by the first part of 2010, but that appears unlikely, with fewer than one-third of the U.S. Attorneys confirmed heading into the New Year. 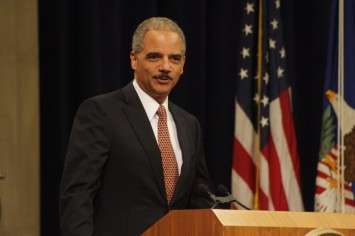 One administration official said Holder is frustrated with the pace of the nominations, which thus far has been set by the White House. And several Justice officials are now privately questioning the wisdom of leaving Bush-appointed U.S. Attorneys in place until their successors are confirmed, a tack Obama took to preserve continuity and avoid political pitfalls after the scandal over prosecutor firings.

Nominations, too, have been slow in coming, reinforcing the notion that the top rather than the bottom of the process is knotted. Obama has sent 34 U.S. Attorney nominations to the Senate to date. Bush had nominated more than 60 U.S. Attorneys and Clinton more than 70 U.S. Attorneys by this time in their first terms.

A Justice Department spokeswoman declined to comment on the figures, referring a reporter to Holder’s previous statements on U.S. Attorney nominations.

Below are lists of Senate-confirmed U.S. Attorneys.

And here’s a list of Obama nominees who have not been confirmed: