Back To the Drawing Board for Embattled DOJ Nominees
By Andrew Ramonas | December 24, 2021 2:56 pm

President Barack Obama will need to re-nominate three nominees for top Justice Department posts if he wants the Senate to consider them again. 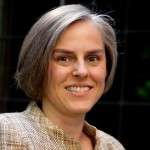 The Senate approved a unanimous consent request today to hold over several nominees for the second session of the 111th Congress, which begins in January.

Johnsen, who was nominated in February, was approved by the Senate Judiciary Committee in March on a party line vote.

Republicans have also raised concerns about Smith, who was nominated in April. She did not receive a single Republican vote when she was reported out of committee in June. GOP lawmakers said Smith, a Chicago lawyer who served in the Clinton White House counsel’s office, lacked tax law experience.

It is unclear what objections have been raised about Schroeder, who was approved by the Judiciary panel in July by voice vote. He was nominated in June.

But Schroeder, like Johnsen, had been a critic of Bush’s national security policies. Read his June 2008 testimony before Congress about interrogation policies at Guantanamo Bay here.

Senate Judiciary Committee Chairman Patrick Leahy (D-Vt.) had been pushing for the Senate to confirm the nominees before the Senate recessed today.

A White House spokesperson didn’t immediately respond to a request for comment.