The Principal Deputy Chief of Justice Department’s Asset Forfeiture and Money Laundering Section has stepped down for a job at Wells Fargo & Co., a spokeswoman said, a little more than a week after the head of the unit announced he was moving on. 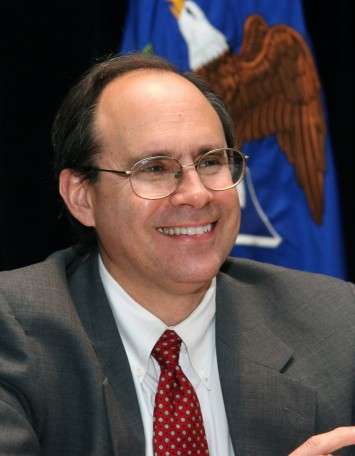 Lester Joseph, who began at the financial services giant on Monday, had been the No. 2 official in the section since 2002. Section Chief Richard Weber announced on Feb. 18 that he was leaving the department to lead a new economic crimes bureau in the Manhattan district attorney’s office. The section also recently suffered the loss of Deputy Chief Pamela Dempsey, who died of leukemia in February.

Joseph will manage a new financial investigations unit out of the company’s office in Tysons Corner. He could not be reached from comment.

Joseph had been a supervisor in the section since 1991, and before that he was a trial lawyer in the Organized Crime and Racketeering Section. In his role as Principal Deputy, Joseph helped manage the investigation and prosecution of several major banks and corporations, including Credit Suisse Group AG and Lloyds TSB Bank.

The companies have agreed to pay state and federal authorities $536 million and $350 million, respectively, to settle allegations that they violated sanctions by stripping identifying information from transactions originating in Iran and other countries.

“We wish Les well as he pursues a new opportunity and are grateful for his service to the Department and the American people,” said spokeswoman Laura Sweeney.

In the past year, the Criminal Division has seen turnover in several areas, including AFMLS, the Fraud Section, the Public Integrity Section, the Narcotics and Dangerous Drugs Section and the Office of Enforcement Operations.

Last year, Denis McInerney, formerly of Davis Polk & Warwell in New York, replaced Steve Tyrrell as chief of the Fraud Section. Tyrrell began work as a partner at Weil, Gotshal & Manges earlier this year. Several deputy chief positions in the Fraud Section are vacant or will be soon.

The Public Integrity Section and the Narcotics & Dangerous Drug Section are also without chiefs, after the departures of  William Welch II and Paul O’Brien, respectively.  Welch returned to the U.S. Attorney’s Office for the District of Massachusetts in October, and O’Brien recently shifted to the Criminal Division’s Office of Enforcement Operations, replacing Maureen Killion, who retired as Director.

Breuer said at a conference last week that a new Public Integrity Chief would selected “soon.”

UPDATE (March 2, 12:25 p.m.): A reader has pointed out an omission on my part. In September, the Criminal Division also lost Steven Parent, who had been the division’s Executive Officer since 2003.