The Justice Department has been under fire for its handling of the two-year undercover investigation that led to 26 indictments in the rural Four Corners area of Utah near the Colorado, New Mexico and Arizona borders.

More than 100 agents, including an FBI SWAT team, participated in the June 2009 roundup of people who allegedly plundered American Indian artifacts from public land. Among the 24 arrests were four suspects who were more than 70 years old. Although some agents reportedly had drawn their guns, the raids were carried out without violence, except for one suspect who alleged his toe had been broken.

On June 11, 60-year-old doctor James Redd, who had been arrested and charged in the raid, committed suicide by carbon monoxide poisoning. One week later, on June 19, news broke that defendant Steven L. Shrader, 56, also apparently committed suicide by shooting himself. 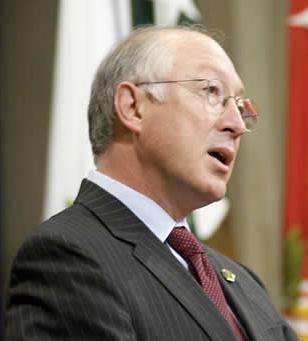 The Justice Department touted the Indian artifacts case in a June 10 news release, calling it “the nation’s largest investigation of archaeological and cultural artifact thefts.”

Interior Secretary Ken Salazar was there, along with then-Deputy Attorney General David Ogden. Also at the news conference were the new Bureau of Indian Affairs head, Larry EchoHawk, a former Brigham Young University law professor, and the FBI Special Agent in Charge of the Utah office, Timothy Fuhrman.

Gardiner, the informant, approached the FBI in 2006 with an offer to use his online antiquities business, Gardiner Antiquities, to gather evidence against people he said were illegally trafficking in stolen artifacts from federal land, the Salt Lake Tribune reported on Wednesday.

But by the time of last June’s indictments, it was already known that he was the government informant, Gardiner told the Tribune. He began to worry about his safety, and the safety of his family.

After the raids, a Utah man with ties to white supremacists, Charles Denton Armstrong, told a witness he planned to tie the government informant to a tree and beat him with a baseball bat. Armstrong blamed the informant for the suicide of his doctor, Redd, according to reports.

Gardiner, who  had a history of substance abuse and mental problems, later began sleeping with a gun, according to the Tribune. “When the other two suicides occurred, it bothered him deeply,” his son, Dustin Gardiner, told the Tribune.

And last June 17, Sen. Orrin Hatch (R-Utah) told Holder at a Senate Judiciary Committee hearing that the raids were a “dog and pony show” and that he was “questioning the motives of some of the higher-ups at Justice and at Interior.” Holder defended the raids, saying they were “felony arrests” carried out under standard operating procedures.

UPDATE: Gardiner’s suicide has thrown plans for a first trial into doubt, The Associated Press reports. Colorado U.S. Attorney David Gaouette told The AP that he is reviewing the evidence left for a trial that is scheduled to begin March 29. According to The AP Gaouette want to use surveillance video without live testimony from Gardiner.