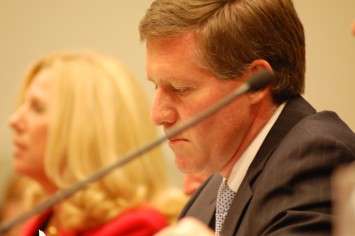 The first-ever Assistant Attorney General for National Security urged the Obama administration to keep the door open on using both civilian and military courts in the prosecution of alleged terrorists, according to a New York Times article published Monday.

“Denying yourself access to one system in favor of the other could be counterproductive,” Wainstein told The Times. “I see the benefit of having both systems available. That’s why I applauded the Obama administration when, despite expectations to the contrary, they decided to retain military commissions. It’s good to have flexibility.”

The debate over the forum for terrorism trials intensified after several news reports Friday that aides to President Obama are close to recommending that self-proclaimed Sept. 11 mastermind Khalid Sheik Mohammed and four of his alleged co-conspirators be tried in before a military commission instead of a civilian court.

John B. Bellinger III, a top legal adviser to the National Security Council and the State Department under President Bush, and Juan C. Zarate, a former Bush administration deputy national security adviser, also urged the Obama administration not to “handcuff” itself by eliminating the option of civilian trials.

On Tuesday, Reuters reported that United Nations human rights investigators called on the administration to prosecute the accused Sept. 11 masterminds in civilian courts, arguing that U.S. military tribunals would not be fair.