With little fanfare, the U.N. Security Council on March 11 removed Youssef Nada, a prominent Muslim Brotherhood member considered by the United States to have been an early funder of al-Qaeda, from its international sanctions list of alleged terrorist financiers. 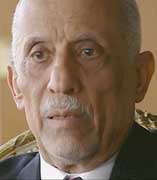 Read the U.N. notice here. It gives no reason for the delisting, but as a member of the Security Council, the United States would have had to agree to his removal, Newsweek’s Mark Hosenball writes.

[UPDATE: The Swiss government has confirmed that it asked the U.N. to delist Nada, Hosenball reports.]

Nada and companies he controls remain on a terrorist-finance sanctions list maintained by the U.S. Treasury Department.

Hosenball quotes Victor Comras, a former adviser on financial sanctions to the U.S. State Department, as troubled by the delisting. “To my mind this is a great mistake. I’m kind of mystified by it,” Comras told Declassified, Newsweek’s national security blog.

Comras added in an e-mail to Newsweek: “Even though Nada may no longer be involved in funding Al Qaeda, he has made it clear a number of times that he will continue as a major financial supporter of Hamas . . . As you know, Nada never really suffered from the [U.N. listing]. He continued to live well, travel, and, most likely, to access and manipulate his assets through his family and others.” Nada has previously denied any involvement with al-Qaeda.

Reached by telephone, Nada told Hosenball he was puzzled why his name is still on the U.S. Treasury list. He “reiterated his longtime denials that he had been involved in any dealings or contacts with either Al Qaeda or the Taliban,” Hosenball reported. He acknowledged he is still a member of the Muslim Brotherhood, the movement that inspired political Islam and which aims to re-establish a Muslim Caliphate and Islamic Sharia law across the world.

But Nada denied any contacts with Hamas, which he said was separate from the Muslim Brotherhood, Hosenball reported. Hamas was founded in 1987 as an outgrowth of the Palestinian branch of the Brotherhood.