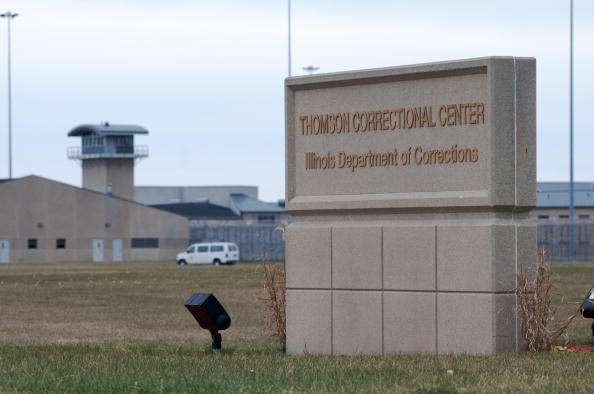 The Justice Department intends to acquire a prison in Thomson, Ill., even if Congress won’t let the Obama administration move Guantanamo Bay detainees there, a DOJ official said Thursday.

Assistant Attorney General Ron Weich wrote  in a letter to Rep. Donald Manzullo (R-Ill.), whose district includes Thomson, that the federal prison system is experiencing a “critical overcrowding problem” and is in “urgent need” of more high security facilities.

The fiscal year 2011 DOJ budget request calls for $237 million to purchase, set up and run the Thomson Correctional Center, according to Weich. But the budget request doesn’t say that the prison will hold Guantanamo Bay detainees, who President Barack Obama has pledged to move from the detention facility in order to close the U.S. military prison in Cuba.

“[T]he President has directed the Department of Justice to acquire the facility to fulfill both the goals of reducing federal prison overcrowding and transferring a limited number of detainees out of Guantanamo,” Weich wrote. “The Department has made clear, however, that it would be seeking to purchase the facility in Thomson even if detainees were not being considered for the transfer there.”

Republicans, including Manzullo, have discouraged the Obama administration from transferring Guantanamo Bay detainees to the prison.

Manzullo has said he supports the repurposing of the Illinois state prison to house more prisoners in the federal prison system, but not for holding Guantanamo Bay detainees.

“The federal prison system is way overcrowded and is in dire need of more space, and Thomson offers an ideal solution,” Manzullo said in a statement last November. “Moving Gitmo north to Thomson, Illinois, should not be part of the package, especially since the administration faces a huge hurdle in getting congressional approval for the terrorists to be detained in America.”

It will likely be several more months before the DOJ would be able to secure most of the funds requested for the Thomson prison.

The House Appropriations Commerce, Justice and science subcommittee held its first hearing on the DOJ Bureau of Prisons budget Thursday. It may take several more months before funding is allocated; the DOJ budget for fiscal year 2010 was not enacted until mid-December.

The DOJ can ask for some funds to start on security upgrades before the DOJ budget is enacted, according to the Tribune Washington Bureau, which first reported the story. But the Illinois state legislature must still approve the sale of the prison before the DOJ can begin work on the facility.