President Barack Obama will give recess appointments to 15 nominees who have been awaiting a confirmation vote in the Senate, the White House announced Saturday. But no Justice Department nominees are among them.

Emboldened perhaps by his victory on health care reform, Obama is making use of his recess appointment power for the first time in the face of what a White House blog post called an “obstruction-at-all-costs mentality” of Senate Republicans.

Among the recess appointments will be Jeffrey Goldstein, nominee for Under Secretary for Domestic Finance at the Treasury Department.

But Dawn Johnsen isn’t on the list. The Indiana University law professor’s nomination to head the Justice Department’s Office of Legal Counsel has been awaiting a vote in the Senate for more than a year. Republicans have objected to Johnsen’s prior work for an abortion rights group and her opposition to Bush-era national security legal policies. 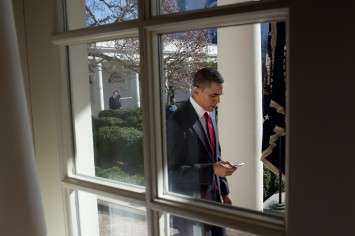 President Barack Obama will give recess appointments to 15 of his nominees, but none for the Justice Department (Official White House Photo by Pete Souza).

In addition, Tax Division nominee Mary Smith and Office of Legal Policy nominee Chris Schroeder were not given recess appointments. Smith took a position in the Civil Division as she awaits confirmation. Schroeder’s nomination first went to the Senate in June 2009.

“Most of the men and women whose appointments I am announcing today were approved by Senate committees months ago, yet still await a vote of the Senate. I simply cannot allow partisan politics to stand in the way of the basic functioning of government,” Obama said.

Obama threatened in February to make recess appointments but relented after Senate Republicans lifted holds on some nominees, allowing 27 new administration officials to be confirmed.

Other nominees who are slated to receive recess appointments include David Lopez, Obama’s nominee for general counsel of the Equal Opportunity Commission, who previously worked in the Civil Rights Division of the Justice Department; and Eric L. Hirschhorn, a partner in the Washington, D.C., office of Winston & Strawn LLP, who will be appointed to head the Bureau of Industry and Security at the Department of Commerce.