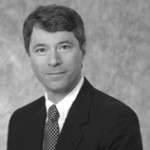 Monday marked the return of former Deputy Attorney General David Ogden to Wilmer Cutler Pickering Hale and Dorr LLP, according to a firm news release. In February, Ogden stepped down from his Justice Department post after less than a year.

Ogden will serve as co-chairman of the firm’s government and regulatory litigation group, according to the release.

In announcing his departure from DOJ in December, Ogden in a statement said he had taken the deputy position with the intention of returning to his private practice once he had helped the department repair its image, which he said was tarnished by the Bush administration.

“It was an honor to serve the American people as the Deputy Attorney General,” Ogden said in the release. “I am excited to be rejoining my friends and colleagues at Wilmer Hale, and I look forward to returning to my law practice.”

“We are very pleased that David has decided to return to Wilmer Hale,” William J. Perlstein, co-managing partner at Wilmer Hale, said in the release. “During his time as Deputy Attorney General, he played a significant role in revitalizing the Department and accomplished a great deal while seeking justice for the American people. David is an outstanding lawyer with keen legal judgment. We’re all eager to begin working with him again.”

This post has been updated from a previous version.