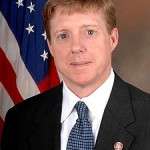 Donald J. Cazayoux (Louisiana State University, Georgetown University Law Center) is nominated to be U.S. Attorney for the Middle District of Louisiana. He would replace Bush holdover David R. Dugas, who became the district’s head prosecutor in 2001. Dugas announced on Wednesday he would resign, effective April 24 to join a private law firm.

UPDATE: On his Senate Judiciary financial disclosure Cazayoux reported assets valued at $825,700, mostly from real estate and securities, and $43,000 in liabilities for a net worth of $782,700.