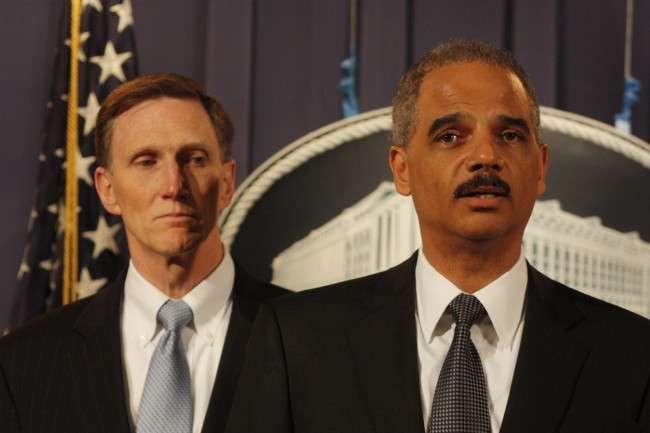 From a public relations perspective, Attorney General Eric Holder’s debut on the Sunday morning talk shows was largely a success.

After avoiding the shows for more than a year while various controversies around him festered, Holder largely deflected tough questions about his so-called “nation of cowards” speech about race relations and his withdrawn decision to try Khalid Sheikh Mohammed and other accused 9/11 plotters in New York City federal court.

Instead, he made news with revelations that U.S. investigators have linked the Pakistani Taliban to the failed May 1 car-bombing attempt in New York’s Times Square. He also announced that the Justice Department wants to work with Congress to update the “public safety exemption” to Miranda rights to give federal law enforcement officials more flexibility about when to advise terrorism suspects of their right to remain silent.

“This is in fact big news,” Holder said on “Meet the Press” of the proposed Miranda rights update.

The result were headlines that helped the Justice Department drive its law-enforcement narrative, including the ability of civilian courts to handle terrorism suspects. The Miranda rights initiative, in particular, helped Holder get out front on a story in which he’s largely been reactive, as conservatives have repeatedly questioned decisions to charge terrorism suspects in federal courts rather than in military tribunals.

Holder, appearing on ABC’s “This Week” with Jake Tapper and NBC’s “Meet the Press” with David Gregory, said the Justice Department has developed evidence that shows the Pakistani Taliban played a role in the attempted Times Square attack.

Holder also said the Justice Department would be working with Congress to explore ways to update the Miranda system for terrorism cases. 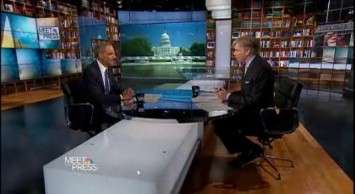 “The [Miranda] system we have in place has proven to be effective,” said Holder on ABC. “I think we also want to look and make determines whether we have the necessary flexibility — whether we have a system that deals with situations that agents now confront.”

The so-called public safety exception to issuing a Miranda warning, which has been under expanded use by the Obama administration, stems from a 1984 court case in which an officer asked a man with an empty gun holster who had allegedly raped a woman where his gun was before issuing a Miranda warning. The Supreme Court allowed the use of the suspect’s pre-Miranda warning statement in court. On Sunday, Holder said the exception, which predates the age of Al-Qaeda and the Taliban, may need to be updated.

“We’re now dealing with international terrorism. I think we have to give serious consideration to at least modifying that public-safety exception,” Holder said on ABC.

“And that’s one of the things that I think we’re going to be reaching out to Congress, to come up with a proposal that is both constitutional, but that is also relevant to our times and the threats that we now face,” he added.

On the issue of the 9/11 trials, Holder said on ABC it was appropriate for the White House to be involved in the decision about where suspects would be tried.

“I don’t think the decisions are being politicized at all. This is a national security decision and I think it’s appropriate for the president to be involved,” said Holder. He made similar comments on NBC, where he also faced tough questioning from Gregory, who questioned how Holder could put faith in the civilian system while also saying that failure to convict was not an option, and that terrorism suspects wouldn’t be released even if found not guilty.

Said Gregory: “Even with [accused Times Square car-bomber Faisal] Shahzad, before he was charged, you held a press conference announcing that he had confessed.  Shouldn’t that be a concern to those who work with you and others who believe, as you say you do, in our civilian justice system?”

Holder said he doesn’t “take back anything that I have said in the past,” and added: “One of the things that we did with regard to that press conference was to get out there early to assure the American people generally and people in New York specifically that the person we thought was responsible for that attempted bombing was, in fact, in custody.”

Both anchors brought up Holder’s February 2009 speech on race relations in which he called the U.S. a “nation of cowards” about not speaking more frankly about race. But they linked it to the tough Arizona immigration law currently under review by the Justice Department.

Of the Arizona law, Holder said on ABC: “A state-by-state solution is not the way we ought to go.” He said he didn’t think the Arizona law was motivated by racism, but said it could be enacted in a way that could lead to discrimination. Read the “Meet the Press” transcript here.