The Citizens for Responsibility and Ethics in Washington (CREW) filed a lawsuit against the Justice Department Tuesday related to missing e-mails from former DOJ official John Yoo, the author of the so-called “torture memos.” 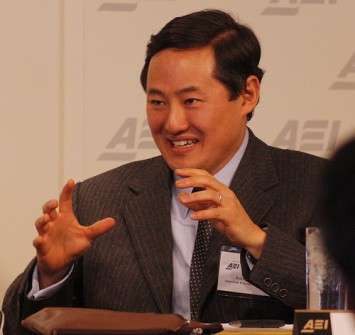 Yoo served in the Office of Legal Counsel from 2001 to 2003. Earlier this year, the DOJ’s Office of Professional Responsibility cleared Yoo and fellow OLC lawyer Jay Bybee of any wrongdoing in connection with the memos, which authorized harsh interrogations of terrorism suspects. In the report, OPR investigators said they could not recover some of Yoo’s e-mails from the time the memos were written.

In February, CREW filed a Freedom of Information Act request with the DOJ asking for any information the OLC provided to employees on e-mail preservation. The group also filed a FOIA request in March asking for all e-mails sent to or received by Yoo.

According to CREW, the DOJ has so far only provided two documents related to the request.

“Given that millions of emails disappeared from Bush White House servers, no one should be surprised to find that emails disappeared from the Bush Justice Department as well. What’s violating federal records laws compared with avoiding accountability?” CREW’s Executive Director Melanie Sloan said in a statement. “The public deserves to know the truth behind the OLC torture memos and the Obama administration faces a choice: it can cover-up the Bush administration’s misdeeds or allow the truth to come out and help the country confront and move past this shameful episode.”

CREW is no stranger to lawsuits over FOIA requests. Last year, the group settled a lawsuit against the White House and the National Archives and Records Administration over missing e-mails from Bush administration White House staffers.