Members of the House Judiciary Committee pressed Attorney General Eric Holder on Thursday to outline how the administration will handle the self-proclaimed Sept. 11 mastermind and his alleged co-conspirators who were once destined to appear in a New York civilian court. 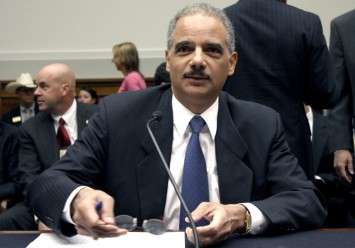 Republicans and Democrats have criticized Holder’s announced plan to try Khalid Sheikh Mohammed and his alleged accomplices in a Manhattan federal court. After the outcry from last year’s announcement, the Obama administration put the possibility of using military commissions back on the table and said they are considering other locations for a civilian trial.

“I, frankly, think that sooner or later you should stop the Kabuki dance and tell us where that trial is going to be held,” said Anthony Weiner (D-N.Y.)

Holder said the administration hasn’t reached a final decision on whether the alleged terrorists will be tried in a Manhattan civilian court. He said the DOJ is leaving all of its options open as it decides how to handle the terrorism suspects.

“Once in the U.S., terrorists can argue for additional constitutional rights, making it harder for prosecutors to obtain convictions,” Smith said.

Panel members also pushed Holder on his interest in working with Congress on a bill that would establish a new exemption to Miranda for alleged terrorists. He said on Sunday he is interested in updating the public safety exception to Miranda to give federal law enforcement officials more flexibility about when to advise terrorism suspects of their right to remain silent.

The Miranda issue has come up in several recent terrorism cases. Federal agents questioned the suspect in the attempted Times Square car bombing for a few hours before reading him his Miranda rights. FBI officials interrogated Umar Farouk Abdulmutallab for about 50 minutes after he allegedly tried to ignite explosives in his underwear on a Dec. 25 Detroit-bound airline flight.

Holder said there are a number of unanswered questions about how the public safety exception can be used in a suspected terrorist incident.

“Our view is that we would like to have a greater degree of clarity with regards to the public safety exception,” he said.

But Democrats expressed concern about changing the Miranda rule.