The Obama administration’s plan to close the Guantanamo Bay prison facility have hit another bump. 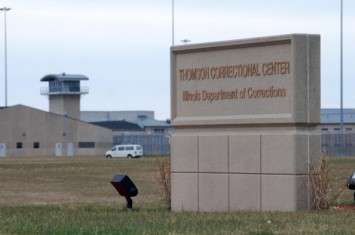 Late Wednesday night, the House Armed Services Committee adopted an amendment to the fiscal 2011 defense authorization bill that would expressly ban the use of any DOD money to buy a new detention facility, The Washington Independent reported.

The defense authorization, which must be approved each year, governs how the Defense Department spends its resources.

In its budget request for fiscal 2011, the Pentagon had asked for money for a transfer fund, which would have authorized the purchase of the Thomson Correction Center in Illinois.

“The committee firmly believes that the construction or modification of any facility in the U.S. to detain or imprison individuals currently being held at Guantanamo must be accompanied by a thorough and comprehensive plan that outlines the merits, costs, and risks associated with utilizing such a facility,” the panel said in a summary of the bill posted on its website. “No such plan has been presented to date. The bill prohibits the use of any funds for this purpose.”

Under the terms of the bill, President Barack Obama also would be required to submit a plan and risk assessment for any future detainee transfers, and Congress would have 120 days to review the plan before it was carried out.  The committee approved the bill on a 59-0 vote.

“They can’t just create Guantanamo North and move everyone up there. That’s clearly barred,” Chris Anders, a senior lobbyist for the American Civil Liberties Union, told The Washington Independent. “It doesn’t mean that the proposal is dead, but it’s hard to see how it makes a comeback after the House Armed Services Committee says there can’t be money spent on Thomson.”

While the amendment limits the Obama administration’s options, the plan might not be entirely dead: while the defense authorization applies to money allocated to the Defense Department, the Justice Department also requested money to buy the facility.

In its budget, Justice Department asked for $237 million for Thomson -$170 million to buy and renovate the building and an additional $67 million to upgrade the facility to a high security federal penitentiary. The Justice Department has said it plans to purchase the Thomson Prison Facility, even if it doesn’t hold alleged terrorists.