A recent Government Accountability Office report found that 32 politically appointed Justice Department employees had transitioned to career DOJ positions during the last years of the Bush administration, a process known as “burrowing in.” In two instances involving DOJ appointees, proper protocol was not followed in the transition process, the GAO found.

The GAO report, released Tuesday, looked at cases across the federal government from May 1, 2022 through May 30, 2009. The report found that 139 political appointees transitioned to career jobs during that time period, with the largest number of cases occurring at the DOJ. 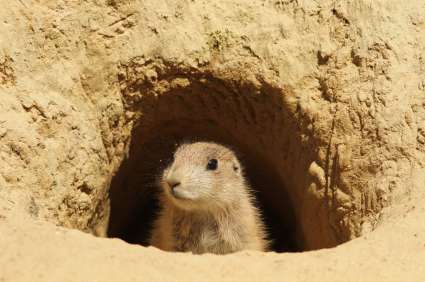 Burrowing in, sometimes also called “digging in,” is not unique to the George W. Bush administration. The practice has gone on for years and is tolerated by both political parties. It can represent an effort by political appointees to move to a safer career track in order to keep a government job leading up to or after a new president is elected.

In a 2000 report on the same topic, the GAO found that 57 political appointees in the Clinton administration converted to career positions from October 1998 to June 2000, with 13 — the most of any agency — transitioning at the Justice Department.

Most of the DOJ cases examined in the report occurred while Bush was in office, including some just a few days before President Barack Obama’s inauguration. Some of the employees may have switched at the beginning of Obama’s term and may have been approved by Obama’s Justice Department appointees.

According to the report, in January 2007 an unnamed special assistant to the Assistant Attorney General in the Civil Rights Division was allegedly improperly converted into an Assistant U.S. Attorney position in the Southern District of Florida.

The GAO report said that most of the officials conducting interviews for the position recommended against the hire, and one official noted that they had interviewed at least two superior candidates. The officials “noted the eventual selectee’s lack of experience, that he did not appear to stay in any job for an extended period of time, and observed that his writing sample did not contain much original writing, but was boilerplate,” according to the report.

Even though the former special assistant was viewed as a weak candidate, he was hired as a career Assistant U.S. Attorney position after serving on a six-month detail. “This action appears to violate the prohibition against granting unauthorized advantages to individuals in the hiring process,” the report concluded.

In another instance, the U.S. Marshal for the Middle District of Georgia authorized a vacancy announcement for a career position for which she later applied and was selected to fill. “Although there is no evidence to suggest that the eventual selectee was involved in the actual selection process, this appearance of a violation of ethical standards calls this conversion action into question,” the report said, adding that it was a potential violation of ethical standards.

The Justice Department told the GAO that the agency’s ethics officer “is gathering information on this conversion and, based on the information she receives, her office will take the appropriate next steps.”

U.S. Marshals spokesman Jeff Carter confirmed that Rodgers is still with the U.S. Marshals service but declined to comment on the report.

“It would be inappropriate for the U.S. Marshals Service to comment on the GAO report since, as is indicated in the report, the agency is conducting an ethical standards inquiry for potential departmental review,” Carter said in a statement.

In the majority of cases examined, DOJ used proper protocol, according to the report. Some of those cases include:

The full report is embedded below.