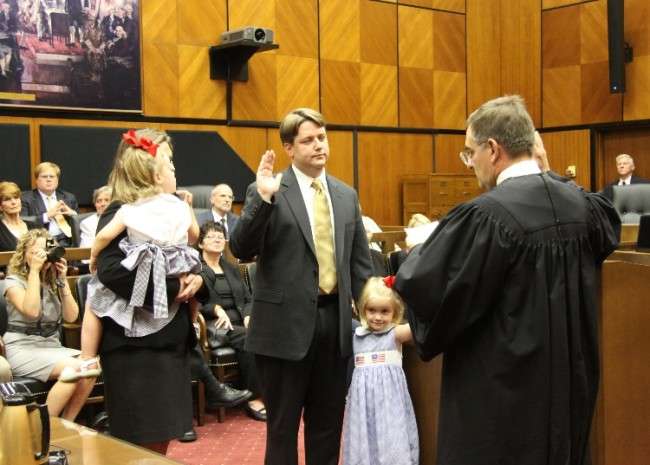 U.S. Attorney Jerry Martin of the Middle District of Tennessee was sworn in Thursday at a packed Nashville federal courthouse before about 200 friends, family and dignitaries.

Barrett, Cooper and Alexander also praised former U.S. Attorney Ed Yarbrough, who stepped down in May.

“[He] stepped aside from his law practice at the peak of his career and came into this office, one of the most important in our state. He composed himself with integrity and dignity and professionalism,” Alexander said. He added: “We owe Ed Yarbrough a lot.”

Martin, who was official sworn in May 21, said he would “dispassionately” combat white-collar crimes including, corruption and environmental crimes.