Attorney General Eric Holder called for a new approach to dealing with prisoner reentry Tuesday, saying that incarceration is not an economically sustainable way to combat violent crime. 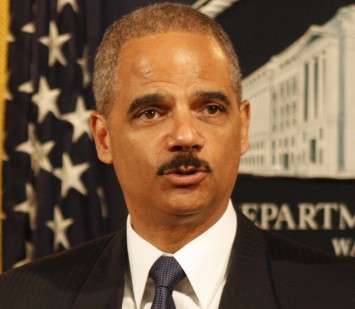 “Effective reentry programs provide our best chance for safeguarding our neighborhoods and supporting people who have served their time and are also resolved to improve their lives,” Holder said. “People who have been incarcerated are often barred from housing, shunned by potential employers and surrounded by others in similar circumstances. This is a recipe for high recidivism. And it’s the reason that two-thirds of those released are rearrested within three years. It’s time for a new approach.”

The Justice Department is convening an interagency working group which will focus exclusively on reentry issues, including housing, job training needs and policy recommendations, and will work to enhance coordination at the federal level, Holder said.

The Attorney General noted that the Justice Department distributed $28 million in reentry awards under the Second Chance Act and said another $100 million is available for reentry programs this year.

Project Safe Neighborhoods is an initiative funded by the Justice Department that advocates against gun violence. It began as a pilot program in Delaware in 2007. On Wednesday, acting Attorney General Gary Grindler also spoke at the conference, which is being held in New Orleans.

Grindler also handed out the 2010 Project Safe Neighborhoods Achievement Awards, which are listed below.