Green, who was tapped for Oklahoma’s Eastern District, is a solo practitioner in Muskogee. According to the White House, 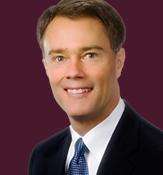 Hogsett, a partner at Bingham McHale LLP in Indianapolis since 2000, was nominated to lead the U.S. Attorney’s Office for the Southern District of Indiana. He has a background in state politics. The White House has more:

Obama has sent 72 U.S. Attorney nominations to the Senate, 51 of which have won confirmation.