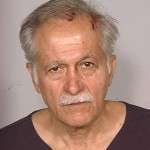 Monday marked the beginning of the murder trial of a retired FBI agent who is charged with using a hammer to beat his son’s girlfriend to death, the Las Vegas Sun reported.

Edward Presciado-Nuno, 63, had worked at the FBI bureau in San Diego until 2003 when he resigned, according to the San Diego Union-Tribune.

Presciado-Nuno claims Long attacked him with a hammer for trying to take legal means to get her to leave the house. As a result, he used another hammer against her in self-defense, the Sun reported.

Presciado-Nuno has pleaded not guilty to the charge of murder with a deadly weapon.

The case is being handled by Clark County prosecutor Giancarlo Pesci.