The House Judiciary Committee will have a new subcommittee when Congress returns in January, incoming Chairman Lamar Smith said Monday. 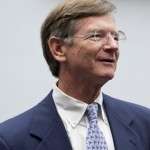 The Texas Republican will establish a panel that will focus on intellectual property, antitrust and Internet issues. The panel will replace the courts and competition policy subcommittee, which handles judicial and antitrust matters. The commercial and administrative law subcommittee will take on judicial matters in the next Congress. The jurisdictional lines between the other three House Judiciary subcommittees will remain the same in the next Congress.

“The protection of America’s intellectual property is critical to our economic growth, job creation and ability to compete in the global marketplace,” Smith said in a statement. “A separate IP subcommittee will ensure that the Committee remains focused on all aspects of intellectual property, including patent reform and copyright protections.”

Smith has said patent reform will be among the top priorities of his committee. He said the patent system must be improved to speed up the patent approval process and better combat IP theft.

Holder in February launched the Task Force on Intellectual Property to improve coordination between the DOJ and law enforcement agencies on IP matters and boost efforts to fight IP crime.

The Attorney General said last week that the task force has been effective. But he called for more collaboration between public and private sector leaders on IP matters.