Stacia Hylton on Friday was sworn in as the first woman to serve as U.S. Marshals Service Director. 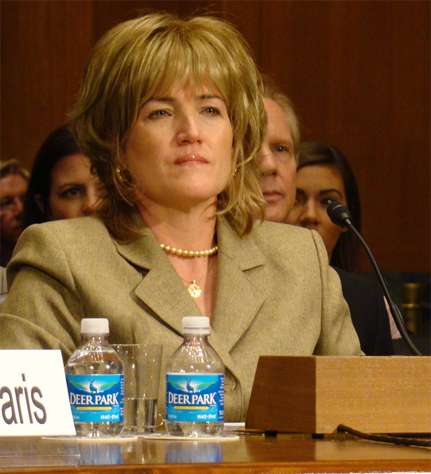 Hylton, whom the Senate confirmed on Dec. 22, previously ran the Virginia-based firm Hylton Kirk & Associates, which did consulting in the prison industry. She faced criticism from prison and human rights watchdog organizations that claimed her work as a consultant would present a conflict of interest if she became the U.S. Marshals Service Director. Hylton said at her November nomination hearing that her past work would not pose a conflict of interest.

Hylton replaced John Clark, whom President George W. Bush appointed in 2006. She is the 10th Director of the U.S. Marshals Service, which is a branch of the Justice Department.

“The Marshals Service has a rich and proud history and it is an honor to return to the agency and lead the men and women of this great organization,” Hylton said in a statement.  “Like many law enforcement agencies, we face significant challenges, but I am confident the agency will continue to excel in the execution of our missions and work with our fellow law enforcement partners in securing our country.”