President Barack Obama on Wednesday re-nominated three Justice Department nominees whom the Senate returned last month after adjourning without acting on them.

The Cole nomination was pro forma. The former DOJ Criminal Division official is already serving as Deputy Attorney General through a recess appointment made by Obama in December after Republicans blocked him in the Senate for five months last year. 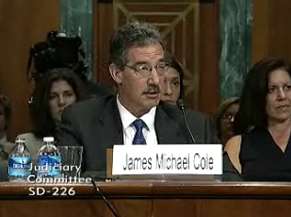 Because Cole was appointed in a break between two Congresses, he could serve in the position for as long as two years without being confirmed. But if his Republican opponents in the Senate should change their mind about him, his nomination is now officially pending, again.

Traver, a 23-year ATF veteran, also faced opposition while he was a nominee last year.

The National Rifle Association said in a November news release that Traver’s nomination was “ill-advised.” They gun rights organization said Traver, the chief of the ATF’s Chicago office, “has been deeply aligned with gun control advocates and anti-gun activities,” noting his involvement with the Gun Violence Reduction Project, a national program supported by police chiefs, and the Joyce Foundation, which pushes for tighter gun laws. 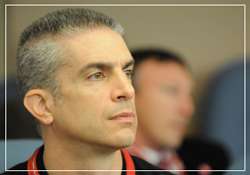 Obama first nominated Traver on Nov. 17, but the Senate Judiciary Committee never acted on his nomination.

The ATF has never had a Senate-confirmed leader, as the gun-regulation agency has been buffeted by the fierce politics surrounding firearms ownership. Temporary appointees have led the ATF since a 2006 law allowed the Senate to confirm the director.

Former Massachusetts U.S. Attorney Michael Sullivan was the last nominee for ATF Director. But Senate Republicans held up the President George W. Bush nominee over worries about the ATF’s handling of small-gun owners. Sullivan was acting Director from 2006 to 2009.

Acting Director Kenneth Melson has led the agency since 2009.

O’Donnell, meanwhile, flew under the radar during her nine-day stint as a nominee last year. She wasn’t nominated until Dec. 13 and didn’t have time to come before the Senate Judiciary Committee.

The nominee would replace acting Director James H. Burch II, who has led the bureau since Domingo S. Herraiz resigned in 2009.