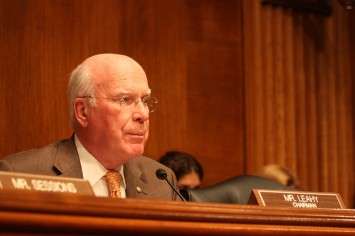 The Patriot Act Sunset Extension Act of 2011 would uphold law enforcement and intelligence techniques that would otherwise expire on Feb. 28, and extend them to December 2013.

“It will also promote transparency and expand privacy and civil liberties safeguards in current law,” Leahy said in a prepared statement.  “It increases judicial oversight of government surveillance powers that capture information on Americans.  This is a package of reforms that all Americans should support.”

The extension also includes provisions to improve oversight of intelligence-gathering tools and allow a phasing out of national security letters, or administrative subpoenas that the FBI uses to obtain evidence without a court order.

Leahy said he expects the Judiciary Committee to take up the legislation soon.

Enacted in the fall of 2001, only weeks after the Sept. 11 attacks, the Patriot Act made it easier for law enforcement agencies to obtain telephone and email records and other data in the pursuit of suspected terrorists. The act has been at the center of the debate over the proper balance between national security and individual privacy, a debate that has been part of American politics since the Founding Fathers.

Leahy also led the efforts for an extension in February 2010 for past expiring provisions:

Leahy came to agreement with Attorney General Eric Holder and the Department of Justice Inspector General, Glenn Fine, to implement safeguards and civil liberties provisions also included in the 2009 bill.

The updated bill outlines two new requirements, one that the DOJ must issue public reports,  and a section of the bill that was rewritten to reflect that DOJ minimized procedures for national security letters in October 2010.