Federal, state and local authorities, including members of the Drug Enforcement Administration, confiscated $4.5 million in cash, about 20 guns, 300 pounds of marijuana, 23 pounds of methamphetamine, 5 pounds of heroin and 107 kilos of cocaine from more than 150 locations in the Atlanta, St. Louis, Denver, Detroit, San Antonio, San Diego, Chicago and New Jersey areas.

“We are taking a stand and we are sending a message back to the cartels that we will not tolerate the murder of a U.S. agent, or any U.S. official,” Carl Pike, Assistant Special Agent in Charge of the Drug Enforcement Administration’s Special Operations Division, told the AP. 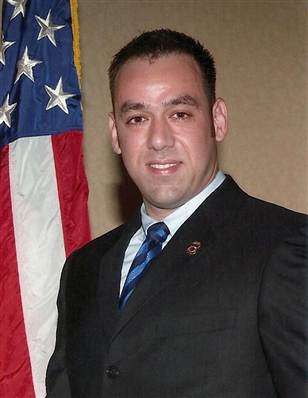 ICE agent Jaime Zapata was gunned down last week while working in Mexico. Fellow agent Victor Avila Jr., who was with Zapata during the shooting, was wounded as they drove their armored Suburban with U.S. Embassy plates along a highway in San Luis Potosi, Mexico.

The gang allegedly shot Zapata and Avila because its members thought the agents were part of a rival gang, according to Bloomberg.

“From the moment this tragedy occurred, our Mexican counterparts have worked closely with both the Departments of Justice and Homeland Security, and the law enforcement cooperation seen in this investigation thus far demonstrates how working together toward common goals serves the interests of both countries and of our citizens,” Sweeney said in a statement. “We will continue to uphold our united commitment to breaking the grip of these violent transnational criminal organizations. Here at home, we will continue to increase pressure against cartel-related activities while we also cooperate with and support our colleagues in Mexico.”

Holder said the agent “could have chosen an easier path through life” but was drawn to public service to protect his fellow citizens and his nation.

“Agent Zapata’s story is one that we must not forget,” Holder said. “And it’s one that we won’t. He was a hero in every sense of the word, a man whose acts of valor are a testament to what is best about our country and our national – and international – law enforcement community.”