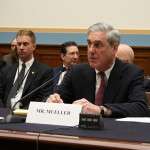 Speaking before the House Judiciary Committee, Mueller said the FBI will have to absorb more than $200 million in cuts and contend with 1,100 vacancies by the end of the year if Congress continues to pass short-term spending bills for fiscal 2011.

“Put simply, these cuts would undermine our efforts to transform the FBI and potentially carry out our mission,” Mueller said.

The FBI has been operating under a $7.8 billion budget since December 2009. The Justice Department requested $8.2 billion in its budget for fiscal 2011, which started on Oct. 1 and ends Sept. 30.

Congress has yet to approve legislation to provide funding for the remainder of the fiscal year and instead, has sent President Barack Obama several short-term spending bills. The most recent continuing resolution expires Friday. Meanwhile, Congress has began to look at the DOJ’s fiscal 2012 budget proposal, which has $8 billion for the FBI.

Attorney General Eric Holder and Bureau of Prisons Director Harley Lappin have testified in recent days that more money is needed for DOJ operations. Holder said last week that the DOJ may have to consider furloughing employees if Congress continues to pass temporary spending bills.