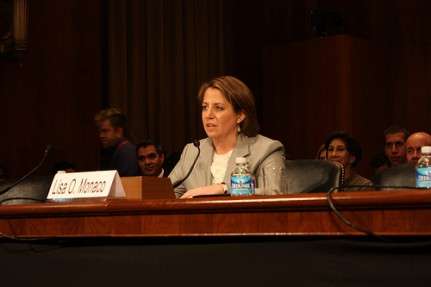 On her Senate Judiciary financial disclosure, Monaco reported assets valued at $756,291 mostly from real estate, and $314,258 in liabilities, mostly from a mortgage, for a net worth of $442,032.