Arizona U.S. Attorney Dennis K. Burke, a Democratic Party insider once considered a rising star, resigned abruptly on Tuesday in the wake of a growing political furor over a botched U.S-Mexico gun-tracking program overseen by his office. 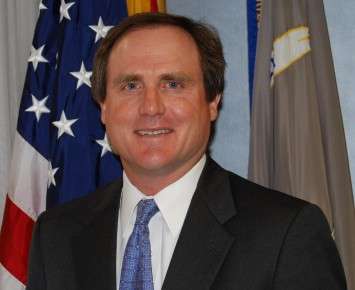 Burke — who’d been a top aide to former Arizona Governor and U.S. Homeland Security Secretary Janet Napolitano — had once been considered a possible candidate for the Arizona Senate seat being vacated next year by retiring Sen. Jon Kyl (R).

But his fortunes have taken a nosedive in the controversy over Fast and Furious, a program of the Bureau of Alcohol, Tobacco, Firearms and Explosives that tracked some 2,000 guns purchased in the U.S. by straw buyers intended for Mexico. The program aimed to analyze and stop the weapons from getting into the hands of Mexican drug cartels.

But after allowing the guns to pass over the border last year, ATF lost track of them. Two AK-47s from the program were  found at the scene of a shootout between U.S. Border Patrol agent and Mexican bandits near Rio Rico, Ariz., in December. Border Patrol agent Brian A. Terry was killed in the gunfight.

The resignation came on a day of  house cleaning at the Justice Department, as acting ATF Director Ken Melson was also ousted in connection with the gun-walking program, which has been the subject of an investigation and hearings in the Republican-led House of Representatives.

The Justice Department’s Office of Public Affairs issued a news release at noon today announcing that Melson had been reassigned to the department’s Office of Legal Policy, where he would be a senior adviser on forensic science. The news release said Minnesota U.S. Attorney B. Todd Jones, a confidant of Attorney General Eric Holder, would take over as acting ATF director.

Then, exactly one hour later, the Public Affairs office issued a statement from Holder praising Burke for resigning in Arizona. “I am grateful to Dennis for his dedication and service to the Department of Justice over these many years and commend his decision to place the interests of the U.S. Attorney’s office above all else,” Holder said in the statement.

Burke worked in the Clinton White House as a senior policy analyst in the mid 1990s, and later served in the Phoenix U.S. Attorney’s office as an Assistant U.S. Attorney from 1997 to 1999. He was then-Gov. Napolitano’s chief of staff from 2003 to 2008. After Barack Obama won the presidency, he served as an adviser to his transition team on homeland security.

Burke wrote to his staff in an email [2] on Tuesday as he departed: ”The work in every corner of this office - your work - has been significant and impressive. When I first came to the office a decade ago as a line AUSA (Asst. U.S. attorney), I knew it was an excellent office and did important work.”

First Assistant Ann Scheel will assume Burke’s duties until the president makes an interim or permanent appointment, Arizona news channel KOLD reported [2]. In Phoenix Assistant U.S. Attorney Emory Hurley, who handled Fast and Furious on a day-to-day basis, was reassigned from the criminal to civil division.

One person familiar with the office described Hurley as “not a go-getter.” The U.S. Attorney office’s failure to indict any of the straw buyers of the guns until after agent Terry had been killed in the border shootout in December was considered a major black-mark against Burke’s leadership.

Burke was interviewed by congressional investigators last week and, according to [3]anonymous sources cited by Fox News, “got physically sick during questioning and could not finish his session.”

The shakeup Tuesday appears to be an attempt by senior DOJ and administration leaders to contain the fallout from the scandal.

Arizona Republic columnist Laurie Roberts wrote [4] Tuesday that Rep. Paul Gosar (R-Ariz.), who sits on the House Oversight Committee investigating the matter, told her that he believes responsibility lies “at the top” with Holder or other Justice Department leaders. The columnist wrote:  ”This move to dump Burke — who oversaw the operation — looks like an effort to make this mess go away.