Jonathan Cedarbaum, a top official in the Office of Legal Counsel since 2009, has returned to the Washington, D.C., office of WilmerHale, the law firm announced Tuesday.

Cedarbaum will be a partner in the litigation/controversy department and a member of the government and regulatory litigation group.

The 1996 Yale Law School graduate joined the OLC early in the Barack Obama administration, when the emotions of many liberal critics of the George W. Bush administration were still raw about the office’s controversial role in the fight against terrorism. After the Sept. 11, 2001 attacks, OLC lawyers issued legal memos authorizing the use of torture against terrorism suspects and other tactics that later fueled bitter debate over the constitution and American commitment to international treaties like the Geneva Conventions. 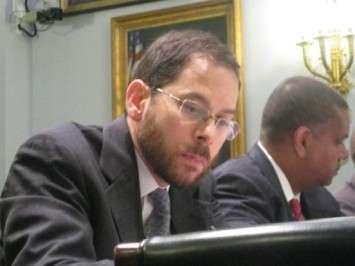 At the time Cedarbaum joined the office, the last Senate-confirmed OLC chief had been Jack Goldsmith, who clashed with Vice President Dick Cheney’s office and resigned under pressure in 2003. Also at the time, President Obama’s original nominee for the OLC job, Indiana University law professor Dawn Johnsen, was struggling to win over Republican senators skeptical of her previous impassioned criticism of the so-called “torture memos,” as well as her abortion-rights views.

In the more than a year that she awaited a confirmation vote, Johnsen assisted acting Assistant Attorney General David Barron in hiring decisions for the office. She withdrew from consideration in April 2010. Shortly afterward, Barron departed the office and Cedarbaum became its acting head.

In June, the Senate confirmed Sidley Austin LLP partner Virginia Seitz to head the office, ending its eight-year streak without a Senate-endorsed leader.

The OLC is a small office of fewer than 25 attorneys that provides legal advice to the White House, Attorney General and executive branch departments and agencies.

“I am very happy that Jonathan is returning to the firm,” WilmerHale partner David Ogden, a former Obama administration Deputy Attorney General, said in a statement. “At OLC, he provided critical guidance on many of the most challenging and important legal issues facing the government, and will bring new dimensions to the services the firm can provide its clients.”

Cedarbaum will also work across several firm practices, including appellate and Supreme Court litigation and Defense, national security and government contracts. He previously had represented clients before the Committee on Foreign Investment in the United States, known as CFIUS, the firm said.

“I am thrilled to be returning home to work with colleagues I greatly respect,” Cedarbaum said in a statment. “I particularly look forward to taking part in the extraordinary array of litigation matters at which WilmerHale excels.”

"The Justice Department appears to be blind to the economic realities our country is facing." - Sen. Charles Grassley on the $16 muffin and other wasteful spending on conferences documented by the DOJ Inspector General .