Attorney General Eric Holder will be in Utah, perhaps the reddest of Republican-red states, on Jan. 13 to deliver the keynote address at the Martin Luther King Jr. Human Rights Commission’s annual lunch in Salt Lake City, an event that is already generating some controversy because of the Fast and Furious affair.

State Rep. Carl Wimmer, a Republican congressional candidate and a member of the commission, isn’t happy. Holder “needs to be held responsible for the ‘Fast and Furious’ debacle and should be immediately removed from office,” Wimmer said, according to The Salt Lake Tribune. “The buck stops with the leader, and he was in charge of what occurred there … and the man has no right being in the position he is in.” 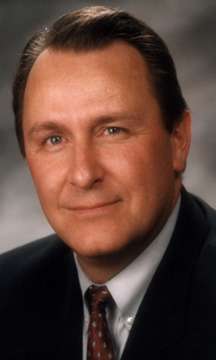 But Holder is getting encouragement from a more prominent Republican: Utah Attorney General Mark Shurtleff, who phoned Holder several weeks ago to reiterate the commission’s invitation to speak. ”To come all the way out here to a red state and speak to us on a big occasion,” Shurtleff told the Tribune, “I think it’s huge.”

The Utah AG, in fact, is one of Holder’s biggest supporters in the controversy over Fast and Furious. The gun investigation by the Bureau of Alcohol, Tobacco, Firearms and Explosives was supposed to help identify Mexican drug traffickers by tracing firearms purchased by straw buyers in Arizona to Mexico. Instead, ATF lost track of hundreds of weapons, two of which were found at the scene of a shootout that killed a Border Patrol agent in December 2010.

Shurtleff and former Arizona Attorney General Terry Goddard, a Democrat, co-authored an opinion piece in the Arizona Republic in November that echoed arguments Holder has also made to Congress, to little effect. Congress has failed to give law enforcement the tools and funding it needs to stop the flow of guns across the southern border, the two men wrote.

“Most of the recent criticism about the operation seems to be about attacking Attorney General Eric Holder and destroying the ATF rather than holding those behind Fast and Furious accountable,” Shurtleff and Goddard wrote. “The focus should be on the real public-safety problem: keeping arms from Mexican drug cartels and protecting U.S. security.”

It’s difficult to get the proof necessary to convince a judge and jury that straw buyers of weapons are criminals, Shurtleff and Goddard wrote. “Congress adds to the problem by restricting the ATF on its jurisdiction, forbidding the release of illegal gun-trafficking statistics and failing to adequately fund the agency.”

(Indeed, former ATF superviser William Newell has said in an affidavit to Congress that under current gun laws, most of the straw buyers under investigation in Fast and Furious weren’t doing anything illegal in purchasing multiple AK-47s and other weapons. Suspicion alone isn’t enough to arrest and prosecute a straw buyer, Newell said. Proof that the guns were ultimately destined for the cartels had to be obtained.)

This is not the first time Shurtleff has marched to his own political drum, as The Tribune noted recently. He recently announced his support for Richard Cordray to be director of the Consumer Finance Protection Bureau, an agency created out of the Wall Street reform legislation that many conservatives dislike.  Utah’s Republican senators, Orrin Hatch and Mike Lee, have said they will block Cordray’s confirmation because they think the new agency would hurt the economy.

More recently, Shurtleff fended off an attempt by state legislators to insert themselves into the defense of a Utah immigration law facing a federal challenge. Shurtleff opposed the law and some lawmakers doubt his commitment to defending it.

“You would think a group of legislators who tout the Constitution as much as … these guys do would understand that the Utah Constitution prohibits them from” taking over the state Attorney General’s role, Shurtleff told the Salt Lake Tribune last month.

But the Salt Lake City area isn’t necessarily representative of Utah as a whole. Although no Democratic White House hopeful has carried the state since President Lyndon B. Johnson did so in 1964, Obama narrowly won Salt Lake County in 2008, even as his Republican rival, Sen. John McCain of Arizona, carried Utah by a two-to-one margin.