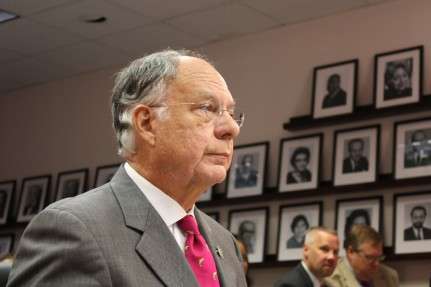 Coates will work alongside former Solicitor General Paul Clement in suing the Justice Department, which has blocked implementation of the voter ID law under the 1965 Voting Rights Act, arguing it is discriminatory against blacks and other minorities.

Coates was in the center of controversies in the Bush-era Civil Rights Division over tone at the agency and how to enforce voting rights. He came to head the Voting Section in 2007 after his predecessor was ousted for making racially insensitive remarks against African-Americans.

Then, when conservative political appointees in the department aimed to emphasize reverse discrimination cases, Coates helped supervise a novel 2005 voting rights lawsuit in Noxubee County, Miss., against black officials found to have discriminated against white voters.

In the waning days of the Bush administration, Coates oversaw the filing of a civil lawsuit against the New Black Panther Party accusing members of the hate group of intimidating voters at a polling place in Philadelphia in 2008. But no voters at the majority-black polling place came forward to say they were intimidated. After Barack Obama was inaugurated as president, the department dismissed the suit. calling it weak and poor use of scarce resources.

The suit’s dismissal was barely noticed in the mainstream media. But it sparked an uproar in conservative circles and media, culminating in a Texas congressman essentially calling Eric Holder, the nation’s first black attorney general, a reverse racist.

Coates was pushed out as head of the Voting Section in 2009 amid the Black Panthers case uproar. He landed an 18-month detail at the U.S. Attorney’s office in Charleston, South Carolina.

In 2010, he defied department orders and testified before the U.S. Commission on Civil Rights about the Black Panther matter. Coates testified that the department was averse to protecting the rights of white voters.

Although he had a background as a traditional civil rights lawyer and once worked with the American Civil Liberties Union, Coates in 2000 began to change after a black woman in the section, Gilda Daniels, was promoted over him to deputy section chief, the American Prospect has reported. “Outraged, Coates filed a complaint alleging he was passed up for the job because he is white. The matter was settled internally,” the American Prospect reported.

As a state with a history of discrimination against black voters, South Carolina must seek ”pre-clearance” from the Justice Department to change its voting laws. The department last month rejected South Carolina’s law, saying it disproportionally affects minority voters because they are more likely to be poor and less likely to have official identification.

Voter ID laws are controversial. Republicans generally argue they are necessary to prevent fraud. Democrats say they are intended to suppress the votes of the poor, elderly and minorities - groups most likely not to have an ID and more likely to vote Democratic.

Clement, who served as Solicitor General in the George W. Bush administration, has become a leading lawyer for conservative causes. He also represents the state of Texas in a dispute with the federal government over the drawing of its new congressional districts, which the U.S. says doesn’t fairly reflect Hispanic voting strength.

"This is like a wild man on a train, and somebody needs to stop him." -- Cook County Commissioner William Beavers said of Chicago U.S. Attorney Patrick Fitzgerald.