FBI Director Robert Mueller said there is no turning back now — crime, specifically terrorism, is going digital, and law enforcement has to be ready to combat the threat. 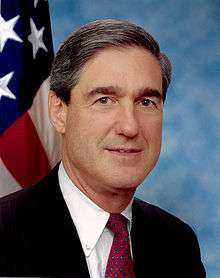 Cyber crime has become the watchword of late in the justice world. On an already lean budget, the Justice Department recommended upping its cyber security efforts by funneling some money from its Information Technology department, which saw an almost $400,000 cut in the fiscal year 2013 proposal. Last November, the Justice Department also recommended harsher penalties for perpetrators of cyber crime as it emerges as a national threat.

Mueller echoed that, pointing out that Al-Shabaab, Somalia’s al Qaeda affiliate, has its own Twitter account, which it uses to recruit members. In addition, Mueller spoke about a hacker recruiting video in which a suspected terrorist proclaims that “cyber warfare will be the warfare of the future.”

In January, the FBI’s and DOJ’s websites were knocked offline for several hours by a hacker angered by the arrests of the creators of the file-sharing website Megaupload.

While this comes as a more light-hearted attack on the government’s top law enforcement agencies, it is a sign of what hackers are capable of doing. Mueller said the FBI has cyber squads in each of its 56 field offices, with more than 1,000 agents specializing in this sort of crime.

Mueller also highlighted the importance of public-private partnerships in combating cyber crime. The FBI’s InfraGard program — which began in Cleveland in 1996, but has blossomed to more than 85 chapters throughout the country — pulls together the FBI, private sector experts and academics to work on protecting “critical infrastructure,” the director said. The program has more than 47,000 members nationwide.

“We cannot turn back the clock. We cannot undo the impact of technology. Nor would we want to,” Mueller said in his remarks. “But we must continue to build our collective capabilities to fight the cyber threat. We must share information [and] we must work together to safeguard our property, our privacy, our ideas and our innovation. We must use our connectivity to stop those who seek to do us harm.”