Jason Weinstein, a decorated career prosecutor, said he resigned last September amid controversy over Operation Fast and Furious of his own choosing, desiring not to be a distraction to the Justice Department’s other work.

In fact, his boss, Criminal Division Chief Lanny Breuer implored him to remain on as a Deputy Assistant Attorney General for the division.  But, now, he’s looking for a job. 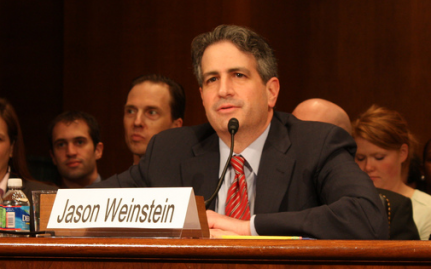 “I didn’t want to be a distraction, and I needed the freedom to fight back,” he said in an earlier interview. “It was surreal. You feel like you’re watching it on TV happen to someone else.”

In a lengthy retelling of Weinstein’s fall at the Justice Department, the Washington Post’s Ann E. Marimow details the prosecutor’s experience as “something of a cautionary tale about the risks and responsibilities of occupying a relatively high-level government post.” Weinstein was “swept up in the vortex of a Washington scandal that often inflicts damage on central figures and tangential players alike.”

The botched gun-walking investigation turned into a national news story after the House Oversight and Government Reform Committee opened an inquiry into Fast and Furious. It led to the House voting to find Attorney General Eric Holder in contempt of Congress last June. In September, the department’s Inspector General released a report detailing the failures of the Arizona-based operation. In it, Weinstein is faulted for not paying closer attention to the tactics that were being used. Though it does not call for his immediate removal, Weinstein announced his resignation the same day of its release.

Weinstein told the Post that after he left Main Justice, he took two weeks to respond messages from former colleagues and friends. He also cleaned out his garage and got a haircut.

“In a thousand years, you don’t expect this phase of your career to end this way,” Weinstein told the Post. “But there’s a badge of honor for surviving these things, and I’m determined to earn it.”

Weinstein came to Justice Department HQ from the U.S. Attorney’s office in Baltimore, where worked as the chief of the Violent Crimes section. And despite an abrupt end to his career in public service , he has maintained his stellar public image as a crime fighter.

Former colleagues offered nothing but praise for Weinstein.

“This bears no resemblance to the Jason that I know and what he would have done and what I’ve seen him do over and over again,” Andrea Smith, an Assistant U.S. Attorney in Baltimore, told the Post. “He’s one of those people who instinctively always knows right from wrong.”

And at a celebration of his service in November, former coworkers toasted to Weinstein’s work over the years. At the Elephant and Castle Pub, about 75 Justice Department employees came out, with Breuer serving as master of ceremonies, the Post reported. “No one mentioned Fast and Furious,” Marimow reported.