House Republicans and Democrats clashed today over the motives for a hearing to examine Labor nominee Tom Perez’s involvement in a disputed deal with the city of St. Paul, Minn. 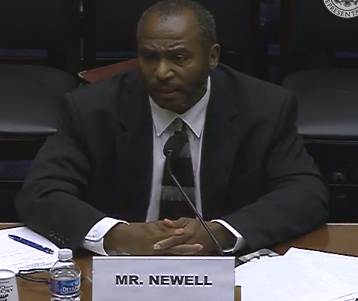 Republicans on the House Oversight and Government Reform Subcommittee on Economic Growth, Job Creation, and Regulatory Affairs and the House Judiciary Subcommittee on Constitution and Civil Justice asked Newell to testify in order to demonstrate that Perez, the Assistant Attorney General for the Civil Rights Division, agreed not to intervene in the False Claims Act lawsuit against St. Paul if the city withdrew a housing discrimination case, Magner v. Gallagher, before the Supreme Court.

Perez told senators during his confirmation hearing that he had consulted with experts within the department who determined that the case had no merit.

Nonetheless, Republicans, including Rep. Trent Franks (R-Ariz.), chairman of the House Judiciary subcommittee, slammed the deal, which he said “will have lasting consequences for the Department of Justice, the city of St. Paul, and the American taxpayers.”

Rep. Jim Jordan (R-Ohio), chairman of the House Oversight and Government Reform subcommittee, said the case was really about protecting whistleblowers, a characterization disputed by Democrats on the committees.

“Most alarming about this quid pro quo is the precedent that this case sets for future whistleblowers who bring claims of waste, fraud and abuse, only to be thrown under the bus for political purposes,” Jordan said.

But it was the “political purposes” of today’s hearing, as well as the designation of Newell as a “whistleblower,” which drew Democrats’ ire.

“Today’s hearing is not about Mr. Newell or about protecting legitimate whistleblowers,” said Rep. Jerrold Nadler (D-N.Y.), ranking member of the House Judiciary subcommittee. “Tomorrow is the Senate mark-up of Assistant Attorney General Perez’s nomination. The entire purpose of this hearing is to attack the leadership and reputation of one of this nation’s best public servant.”

“The problem with the Republican theory is that Perez did nothing wrong,” Cummings said. “He and others at the department relied on career experts with decades of experience who concluded after careful review of the evidence that the False Claims Act case was too weak for the government to expand resources to litigate.” 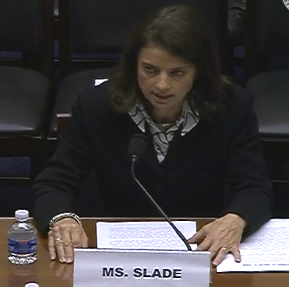 ““I am confident that the actions taken by the Civil Division officials with regard to the Newell qui tam case, including the factors that were considered in the declination decision, were fully consistent with the law, as well as ethical and professional obligations,” she added. “If my law firm had been contacted about taking on this case, we would have rejected it.”

Also today, House Oversight and Government Reform Committee Chairman Darrell Issa (R-Calif.) released a letter he sent to Perez on Monday about the nominee’s compliance with a subpoena for his personal emails that was issued last month.

“You have not produced a single e-mail as required by the plain terms of the subpoena issued to you on April 10, 2013,” Issa wrote. “As a Senate-confirmed officer of the United States and the president’s nominee to lead an executive department of the government, I would expect more from you.”

Issa has asked to review “at least the 1,200 e-mails that the department has identified as responsive.”

DOJ responded on May 3 to Issa’s earlier request for the additional emails.

“We have, to date, expended considerable ersources and have made extraordinary efforts to accommodate the committee’s oversight interests”, wrote Peter Kadzik, the Principal Deputy Assistant Attorney General for Legislative Affairs.

“Both of the searches Mr. Perez conducted of his personal email account turned up only a relatively small number of email communications that had previously been to or from department email systems,” Kadzik wrote, adding: “All of those email communications- only five of which Mr. Perez initiated — have since been added to the department email system pursuant to the Federal Records Act.”

The remaining approximately 1,200, he said, were already on department email systems.