The governor of Tennessee appointed former Attorney General Alberto Gonzales and four others to a panel that makes nominations to the state’s appeals courts and Supreme Court. 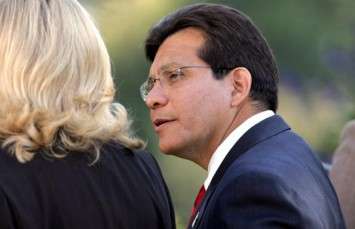 Gonzales now resides in Nashville where he teaches law at Belmont University and works as counsel for Waller, Lansden, Dortch and Davis.

Gonzales’s tenure at the Justice Department was marked by controversy. He resigned in 2007 amid criticism that included accusations that he had authorized the torture of terrorism suspects.

While Bush was governor of Texas, he appointed Gonzales — his secretary of state — to the Texas Supreme Court.