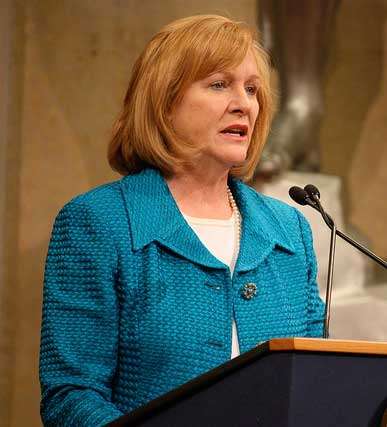 As a partner, Durkan will work as global chair of the firm’s cyber law and privacy group and as part of its white collar and corporate investigations practice. The Seattle area native will be based in Washington state but also will work out of the firm’s Washington, D.C., office.

While serving as U.S. Attorney from 2009 to 2014, Durkan was a member of the Attorney General’s Advisory Committee and chaired its subcommittee on cybercrime and intellectual property enforcement. She was on the Justice Department’s terrorism and national security committee, its cyber advisory committee and its intellectual property enforcement task force, where she co-chaired the criminal and civil enforcement working groups.

As U.S. Attorney, Durkan also led initiatives to target armed criminals and formed a civil rights section in her Seattle office. Her office also worked with the Justice Department’s Civil Rights Division to investigate the Seattle Police Department’s use of force and allegations of biased policing.

Durkan operated her own law office in Seattle for 12 years. Among her most noteworthy litigation there was her defense of Washington Gov. Christine Gregoire in the election re-count of 2004. Durkan worked as a partner at Schroeter, Goldmark & Bender for six years and as an associate at Williams & Connolly LLP for five years.

Durkan’s name was in the mix in September as a potential replacement for outgoing Attorney General Eric Holder. She was the first openly gay person to become a U.S. Attorney, and LBGT groups vocally advocated for her candidacy for the top Justice position.

In a news release, John B. Quinn, managing partner of Quinn Emanuel, said, “We expect to see increasing growth in data breaches and privacy concerns, and we are committed to offering our clients the most sophisticated and responsive advice when facing these threats. Jenny is ideally suited to lead this practice group.”

John “Jay” Neukom, a partner in Quinn Emanuel’s San Francisco office, will serve as managing partner in the Seattle office with Durkan.